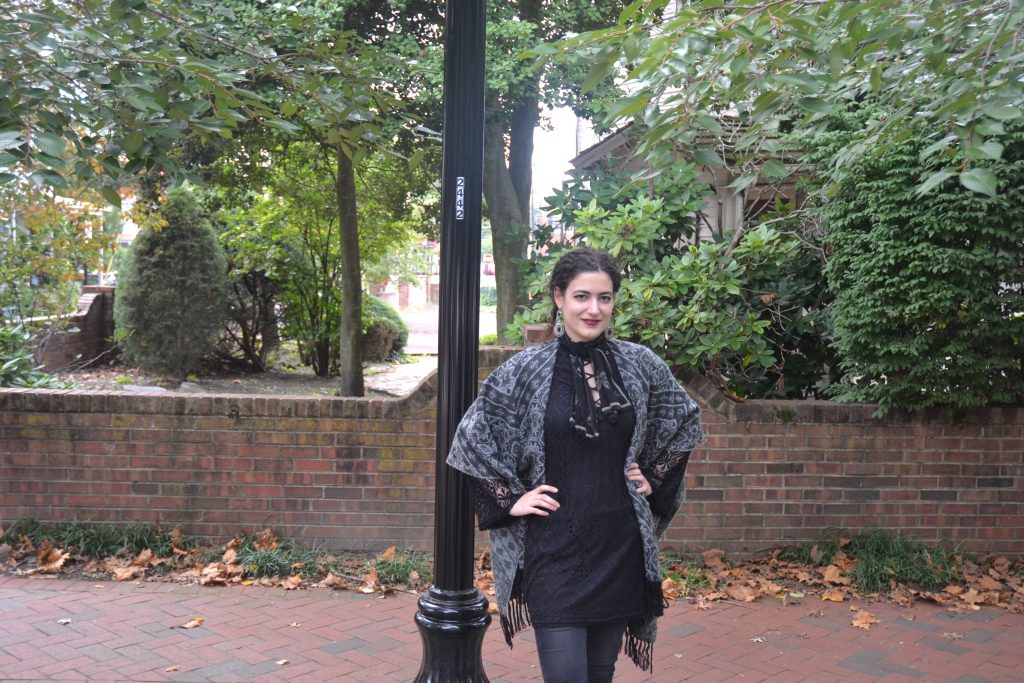 Ilana Ellis, a Haddonfield-based artist who spent three years studying in Florence’s renowned Academy of Art, is back in the area, having completed a three-month apprenticeship with an internationally-recognized portrait artist based in Scandinavia.

Ellis and two others learned under the tutelage of Odd Nerdrum, a 75-year-old Swedish-born, Norwegian-residing painter. The trio were on location during a time of significantly decreased sunlight, from Dec. 18 through March 18 – which is standard for an apprenticeship, because it is tough to acquire a visa to stay longer.

“I was in the south of Scandinavia, and it was a lot milder than I expected so I was surprised, on the southern tip of Norway. Then in Sweden, we were right across the bay from Copenhagen. Because of the sunlight situation, the painter who I studied with works by a combination of daylight and natural light. Around each of the windows is electric light, that’s because of the lighting situation is such that, if you want to work long hours every day, you need to be bolstered by electric,” she said.

According to Ellis, whose own artistic output includes portraiture, Nerdrum specializes in huge, multi-figurative paintings in a style that’s reminiscent of Rembrandt, featuring people in Nordic dress.

“He’s very eccentric as well. He wears robes all the time and he’s got wild white hair. He’s a painter; he’s an artist, so he’s going to be eccentric,” she said.

Given the distance and time involved, you might be surprised to learn that Ellis didn’t have to endure a complex series of auditions to be chosen for Nerdrum’s coterie. Inclusion was simple.

“I wrote to them and they accepted me. He takes on apprentices, and it’s a free education. You live in the house with him, you get a room and you work on your own paintings. What you have to do in exchange is studio work for him – stretch his canvases, make his paints, all the preparatory work for him so he can concentrate on painting. If he wants you to model for him, you model for him; he never asked me to model. It’s an incredible opportunity,” she revealed.

“There are a huge amount of things that I learned in a technical sense because this is the first time I’ve been around somebody who tackled such ambitious pieces (which Ellis demonstrated are only slightly smaller than the big bay window at the front of the Starbucks at Haddon and Kings Highway). There were a lot of gems: one of the things I thought was most useful was that it’s part of the working day as an artist to sit in front of your painting and look at it; you don’t have to be painting all the time.”

While Ellis maintains family ties in the borough, her return from Europe forced a perspective change, and she now resides on the other side of the Delaware.

“It’s very close to here, and I’m there because of family, also I sort of wanted to start setting up a life for myself. It’s a little bit easier to get your own place in the city as opposed to here,” she said.

Ellis doesn’t have any immediate plans to hold showings for her artwork, as the one she hosted in Cherry Hill last autumn. However, when she finishes a series of paintings, she might be ready for the public to view what she’s accomplished.

“When I returned from Norway, I found out I had been awarded a grant, the Stobart Foundation Grant, which they give out to painters who are at the beginning stages of their careers, and that has been helping me fund a series of paintings I’m working on right now. At the moment, I’m in the midst of planning a body of work.”

Share
Facebook
Twitter
Email
Print
Previous articleTractor trailer topples off I-295, onto Church Street after accident
Next articleRead and enjoy the conversation at the Cinnaminson Library’s Happy Booker’s book club