She’s soft spoken and polite, stands just over 5-foot-2, and looks like just about any pre-teen at a bus stop sans parents: old enough be out of grade school but nowhere near old enough to drive.

Her matching outfit – pink Adidas and a pink tank top – show off a girlish charm. She’s easy with a smile.

But don’t let June Greene fool you. She’s a killer on the court.

Greene is still two years and two months away from high school and she only turned 12 in December, but she plays bigger, older, and wiser on the tennis court.

She’s not a teenager yet, but she can hang with them and (usually) beat girls five years her senior.

“She’s got 53 trophies at home,” said her father, Victor Greene, during a break in play at the Haddon Field Club Junior Classic last week. “She gets away with a lot because of that.”

Greene chuckled. Life is good when you’re on top.

It was Greene’s second championship victory over a high school senior in three days. She defeated Ocean City High School’s Jordan Moyer, 6-2, 6-3, in the final round of the Arrowhead Classic in Medford last weekend.

The only difference: in the Arrowhead Tournament, Greene, who once again is just 12 years old, competed in the Girls’ 18 bracket.

How do you explain a pint-sized girl one month removed from sixth grade beating up on girls who are on the brink of college?

“Lots of hard work,” Greene said, drawing out the word “lots” for emphasis.

It also helps that Greene doesn’t pay attention to ages or heights. She just plays.

“It’s the same as if I’m playing someone my age,” she said. “I’m just playing (against them); I don’t think about their age. I just think about how they play and what I should do to win.”

The Burlington Township tennis prodigy with the powerful forehand and blistering serve first began playing competitively at age 7 (competing in the Girls’ 12 division) and first had a racket in her hand around the same time she learned to walk, before she turned 2.

“Like 1 ½,” her father said. “She wasn’t hitting the ball over the net, but she’d hold it and hold the ball there (in the center) and try to keep it steady. Then I’d try to throw the ball to her, not even trying to hit it over the net, just making contact. When she turned 3, I had her in this program in Willingboro called the Muchkins, and she hit all 10 balls over (the net). They were hand fed to her, but at 3, she was the only child to hit all 10 balls over. So you could kind of see that you’ve got something.”

When asked if her talent comes from within or from one of her parents, Greene, an honor student who excels at math and also practices jujitsu, smiled and offered, “Natural born.”

“It’s called genetics,” her dad chimed in with a laugh. “We don’t have to play, but the genes are there. I played handball. I’m from Brooklyn and played handball in high school, I was a very good player. I was on the tennis team also. I was never very good so I’m back with her, with a vengeance.”

With more reps, naturally, the younger Greene has only gotten better in every aspect of the game.

As you watch Greene almost dominate older competition – letting loose on shots that both pack a punch and land on the court with precision – you can’t help think of the young tennis phenom on the world stage, Cori “Coco” Gauff. Gauff, three years and three months older than Greene, upset Venus Williams during her spirited run at Wimbledon earlier this month.

“It inspires me to be better,” said Greene, who also has the goal of becoming a professional tennis player at some point during her teen years. “Go to sectionals, nationals – 16-and-under nationals and sectionals – and like Coco Gauff did, get a wild card.”

Greene, who also looks up to Rafael Nadal’s natural power and the humble approach of both Venus Williams and Roger Federer, has plenty of time to pave her own path to becoming a possible tennis pro. For now, she can continue to dream and enjoy taking on foes of all ages.

“It’s fun,” she said. “I like it because I win, which is good, but it also helps me have respect for the game.”

More photos from the Haddon Field Junior Classic this week: 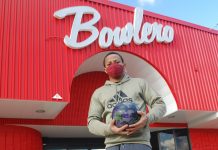 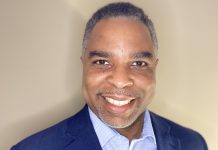