Thanks to a recent addition, walking into the Deptford Municipal Building courtroom is almost like stepping back in time.

Last month, the township unveiled a new mural gracing the front wall of the courtroom. The massive piece – measuring 16 feet tall and 32 feet wide – depicts the 1793 first manned flight in America, when aeronaut Jean Pierre Blanchard piloted a hot air balloon 15 miles from Philadelphia to Deptford, greeting surprised Frenchmen with a letter of peace and friendship from President George Washington.

The mural, spearheaded by Deptford resident and artist Frank Seder, details the arrival of Blanchard in Deptford. Making the mural especially unique are three-dimensional elements, such as the hot air balloon’s
netting and a fence post jutting out of the wall, further
pulling the viewer into the painting.

When Medany approached Seder about creating the mural, the artist called it “a dream come true.” The idea was a bit of a resurrection for Seder, who first approached then-Deptford Mayor Beatrice “Bea” Cerkez in 1991 wanting to create a mural of the first flight on the front of the municipal building. Seder said “the lightbulb lit up
again” with Medany’s suggestion.

“When Mayor Medany approached me about the project, I was so excited. I’ve been excited since 1991,” Seder said. “I thought, ‘We’re going to achieve something from our hearts and from our talents. It’s going to be something Deptford Township will be proud of.’”

According to Medany, it’s safe to say Seder certainly achieved this goal. Since its unveiling on June 10, the mural – which took months upon months of work to realize – has elicited positive reactions and praise.

“I love working with other artists. It’s a great experience,” Seder said.

Seder is honored to bring this mural to Deptford, realizing a dream he has had for more than 25 years. It’s a privilege, he said, to be able to highlight such a
significant moment in history, too.

“The experience is just overwhelming to me,” Seder said. “I know it’s over, but it was just an incredible experience. The feeling I had for the research, for working and talking with the other artists on my staff … the excitement ran from my veins to their veins.” 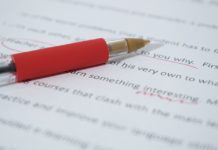 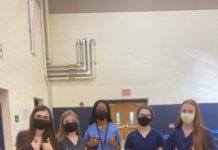