Standing up for victims of domestic violence

A new organization, the New Jersey Domestic Violence Movement, is spreading awareness and advocating for victims of domestic abuse in New Jersey.

The most recent available domestic violence statistical summary by the State Police reveals there were 63,420 domestic violence offenses reported in 2016, and if that number seems high, consider just how many incidents went unreported.

New Jersey Domestic Violence Movement is a new organization, founded by survivors in March, that has a mission to address these troubling statistics by working to restructure the way our legal system handles domestic violence and the perception of its victims.

The group currently has a drop-off spot for donations at Harper’s Classic Cuts at 531 Cinnaminson Ave. in Palmyra. They are asking for toiletries, blankets, gift cards, prepaid cell phones with minutes, diapers and wipes to include in escape kits made for victims of abuse. 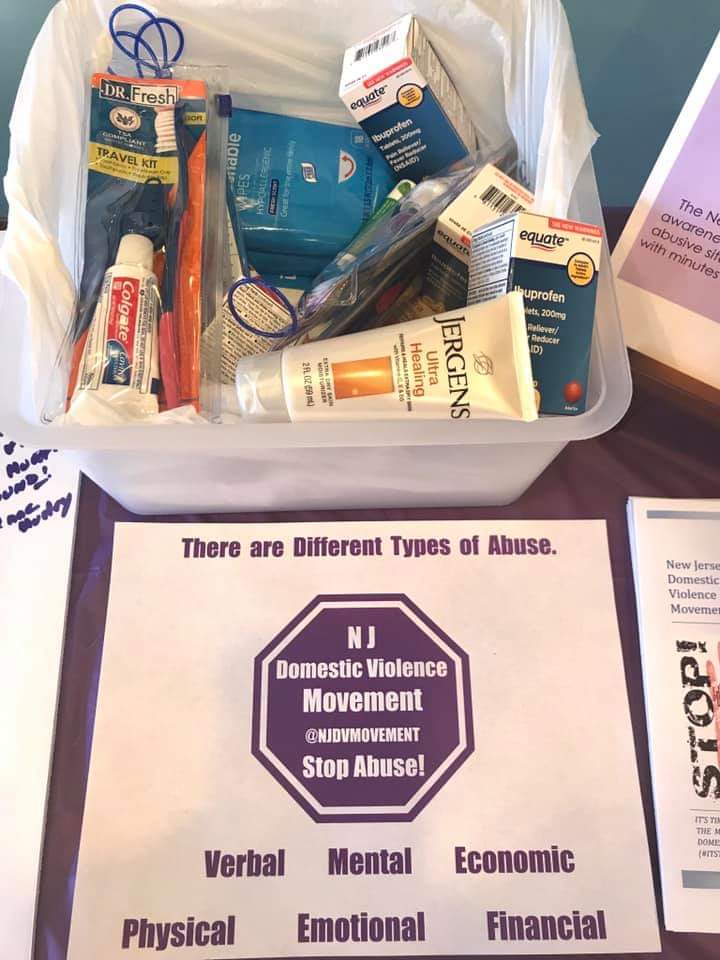 Three survivors, Danielle Patrice, along with Aliya and Jannelle (both of whom go by first names only for personal safety) met at a support group and decided to work together.

“We were victimized, of course, by our abusers and their families but also we were victimized by the courts and police. It’s really dealing with not getting enough resources or enough help, so because of that we wanted to restructure the way it is being handled and change the perspective of the victim because a lot of people who are doing this type of work are coming from educational standpoints and not the real experience,” said Patrice.

Patrice’s goals to restructure the way our legal system deals with issues of domestic abuse led her to contact state Sen. Troy Singleton. The two have discussed the group’s support of Senate bills S115, S116 and S117 having to do with domestic violence training for judges, judicial personnel and law enforcement.

“We decided that we were going to change what is wrong with this system and find out from different angles, the courts, police, what is going on so we as a movement can proceed in getting the necessary help for these victims,” said Patrice.

A major issue surrounding instances of domestic violence, according to Patrice, is the perception of victims.

“The judgments are: ‘well, why did you stay?’, or ‘you chose to be in that relationship.’ It’s a lot of judgment, a lot of stigma and because it’s frowned upon in society, you have people that are feeling ashamed and guilty for something that is of no fault of their own,” said Patrice.

In addition to spreading awareness and advocating for legislation that supports victims at the court level, the group is collecting donations to put together escape kits to help victims in more immediate and direct ways.

According to Patrice, victims of abuse can often find themselves between places to stay or going from shelter to shelter, sometimes even being forced to return to their abuser and once again find themselves in a dangerous situation for a lack of financial means.

The escape kits, which can be custom-made based on the needs of an individual, are meant to provide victims with whatever essentials they may need should they need to extricate themselves at a moment’s notice.

“The main thing is that they will have something so if they need to go they are ready and they are leaving,” said Patrice. “It’s just to carry you over until you are able to get a long-term plan.”

For more information about the New Jersey Domestic Violence Movement, including contact information, visit its Facebook page at facebook.com/njdvmovement. If you have items to donate, visit the drop off spot at Harper’s Classic Cuts in Palmyra, open 1 to 5 p.m., seven days a week.

For women or men currently being victimized, Patrice has a simple message of encouragement: “Don’t give up. We’re here. We are fighting for you, we are advocating for you and we’re only a call away.”