The Lion kings: West eager to hit the gridiron

The couple dozen teenagers threw on purple jersey tops, stretched, and scurried over to the opposite end of Richard Wackar Stadium at Rowan University on a recent afternoon.

Minutes later, a whistle blared and they were throwing and catching passes with ease and slapping hands after reaching the end zone. This was the last week of June – not August – yet Cherry Hill High School West’s entrant in the Adam Taliaferro Foundation Coach Larry Ginsburg 7-on-7 Football Classic was in a regular season-like rhythm.

“The core group is coming back and the chemistry is there, and we’ve continued to work all offseason,” said West incoming senior Johnny Ioannucci. “We’ve been playing since we were younger, most of the guys, so that’s going to help us come along.”

“I’m very excited, it’s (going to be my) senior year, we have the same core,” added fellow receiver Hakim Melvin, a New York City native who transferred from Camden Catholic last fall. “I got to know people last year and it was a good bond. When we get on the field, it’s like a brotherhood.”

The Lions wasted little time collecting three wins on their first day of the early summer tournament, a change in format for the foundation.

After 27 years of hosting a senior All-Star Game, the Taliaferro Foundation held its inaugural 7-on-7 tournament last week.

The foundation was started by former Eastern Regional standout Adam Taliaferro, who suffered a spinal cord injury while playing for Penn State in 2000. Taliaferro miraculously recovered in three months following spinal-fusion surgery and now uses his foundation to give back, providing emotional, financial and education support to people who suffer catastrophic head or spinal cord injuries in New Jersey, Pennsylvania or Delaware.

“It’s huge,” West coach Brian Wright said of taking part in the event. “Having gotten to know Adam through the course of the last decade or so and what they’re able to do for people who have had the unfortunate circumstance of having spinal cord injuries … it’s something we talk to our kids about all the time, the bigger picture. What we try to do is more than football, so you want the kids to see that, and they do, they take part in how ever they can help other people out. We’ve been able to win some football games over the course of the last seven years, but to see where we’ve taken our kids as people, to me, is a bigger deal. It’s been neat to see.”

The Lions’ success in a June 7-on-7 tournament likely isn’t going to affect how they play come September, but, just two years removed from a one-win season, Wright is “extremely excited” about the potential of the 2019 team. Quarterback Nick Arcaroli, who threw over 1,600 yards with 12 touchdowns and just three interceptions as a sophomore in 2018, is back along with Ioannucci (689 yards receiving, eight touchdowns), Melvin (314 yard receiving and four touchdowns in six games) and rising sophomore Jesse Filkill (started both ways as a freshman). West won three of its last four games in 2018 to finish 6-4.

“They all have varsity experience and they’re all game ready,” Arcaroli said of his teammates. “I’m excited, I just can’t wait to get on the field and play with my brothers.”

Some other photos from Taliaferro Tournament last Tuesday: 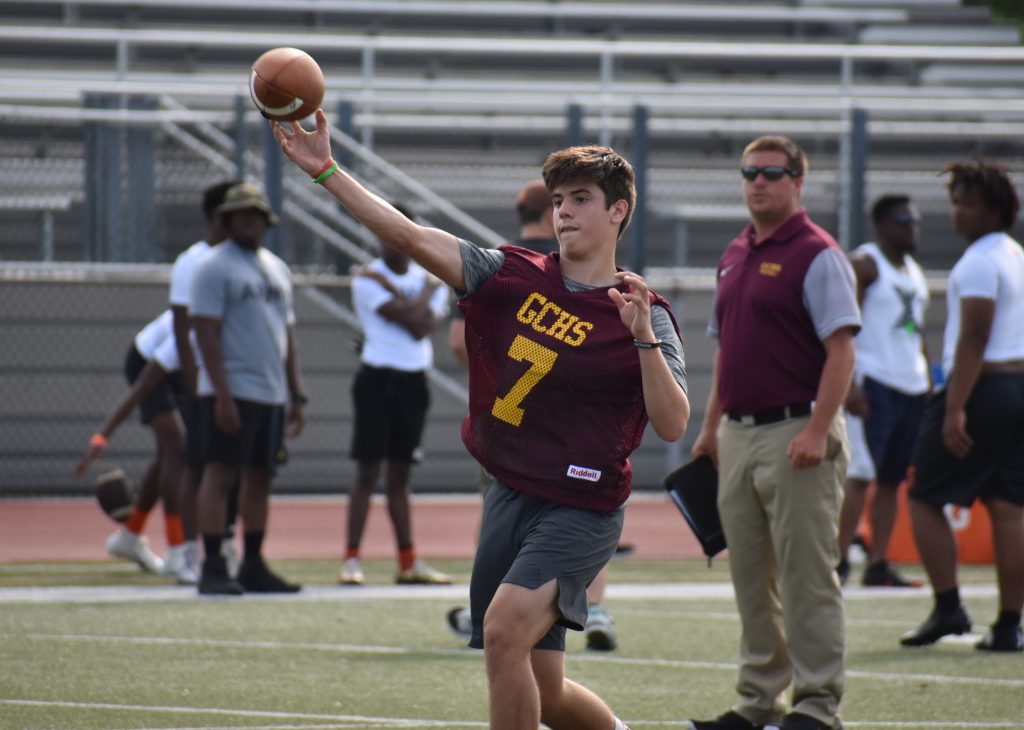 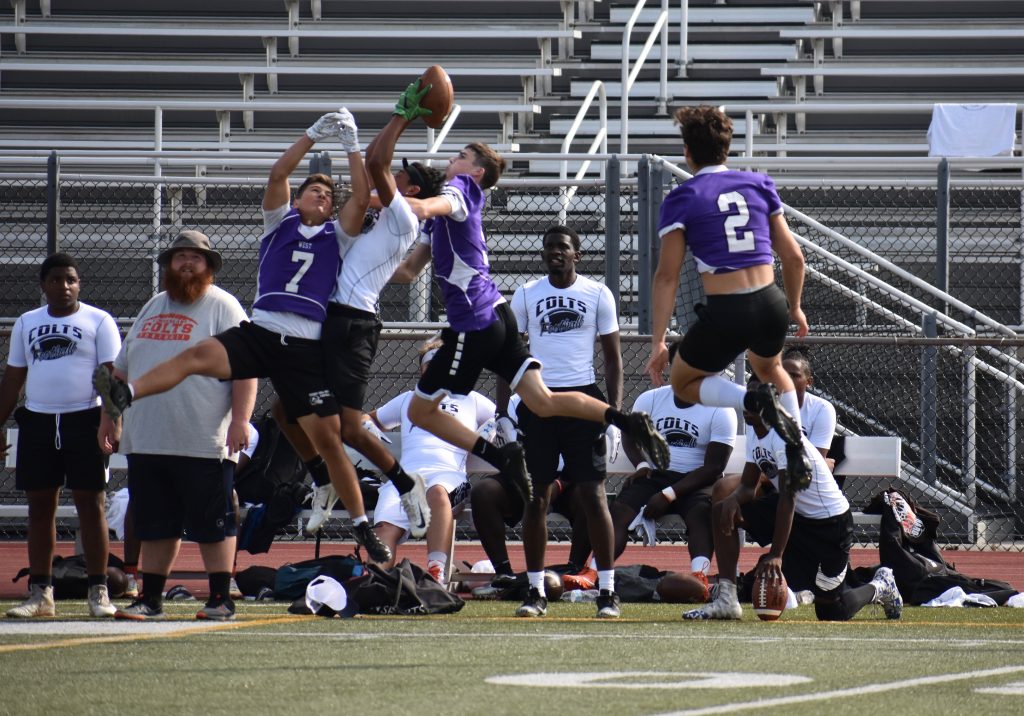 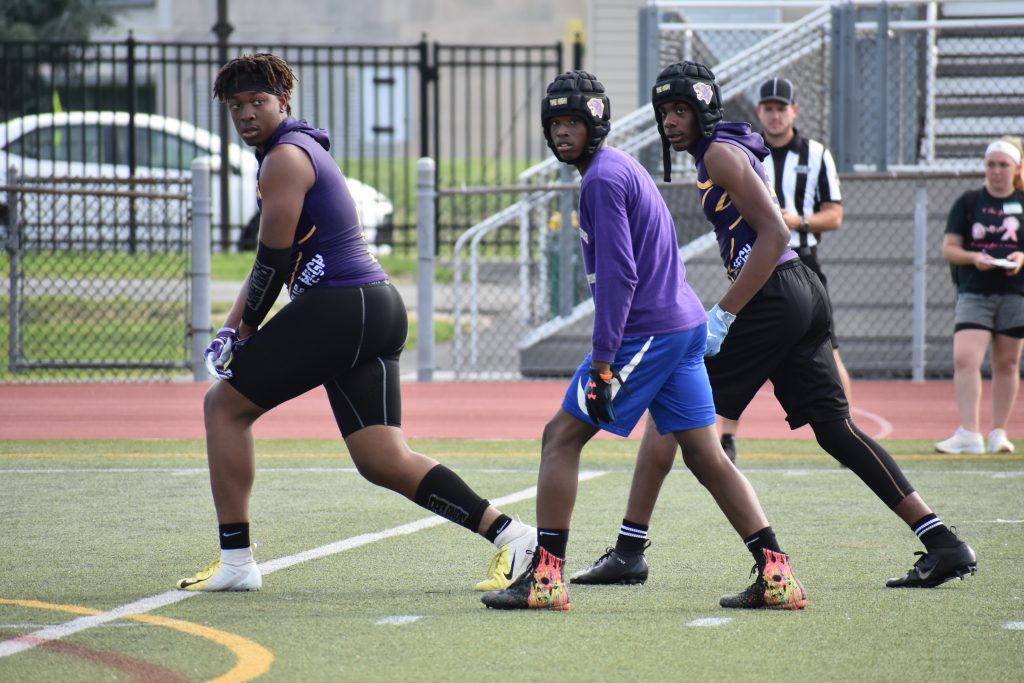 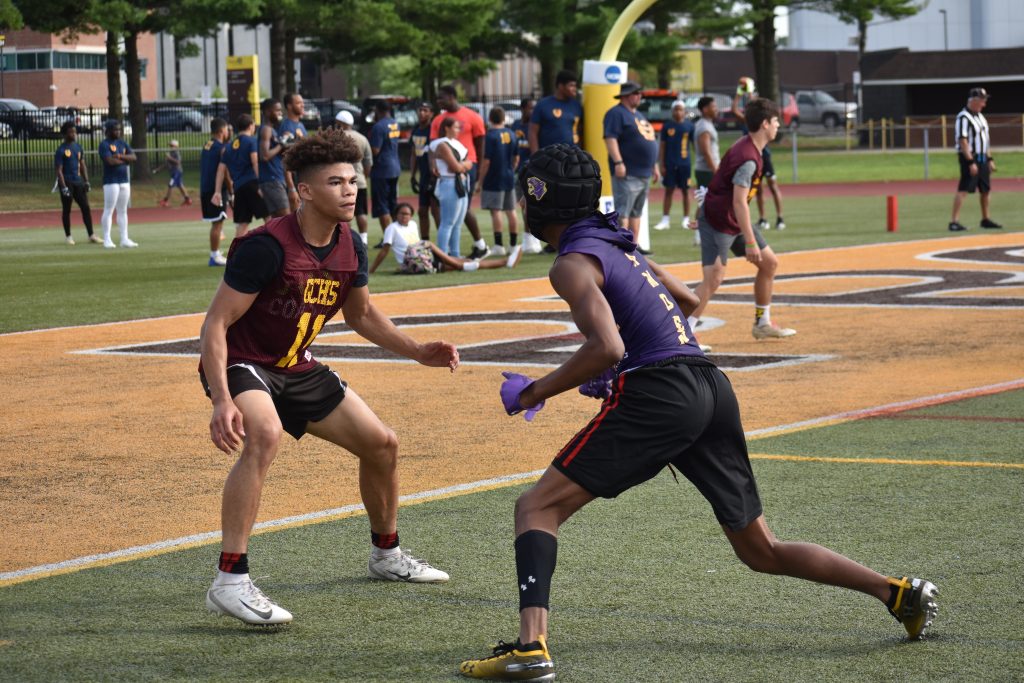 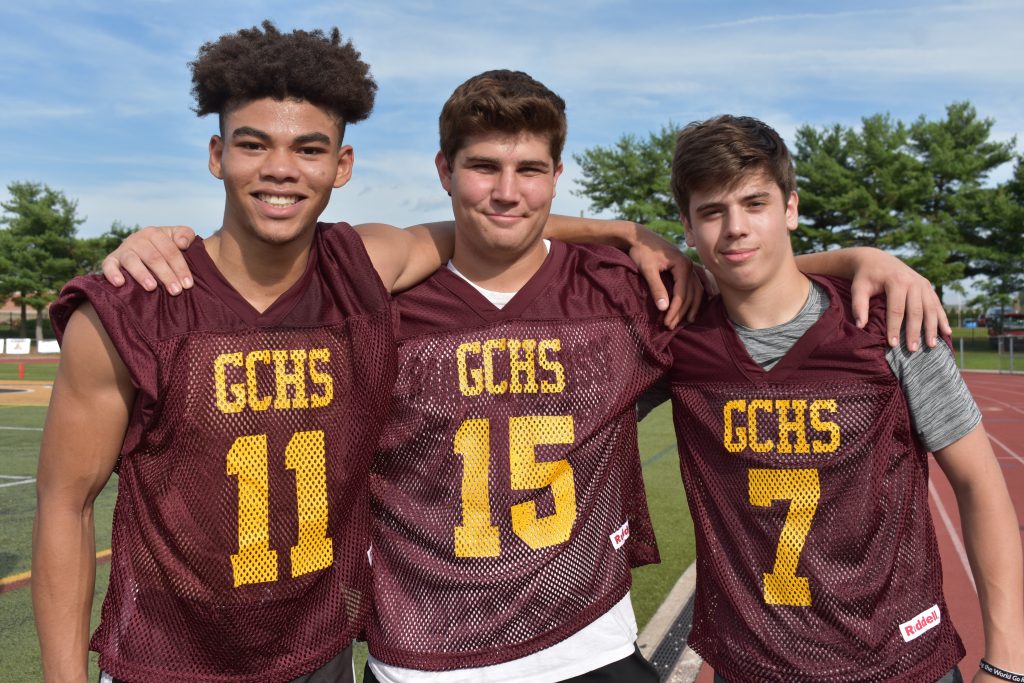 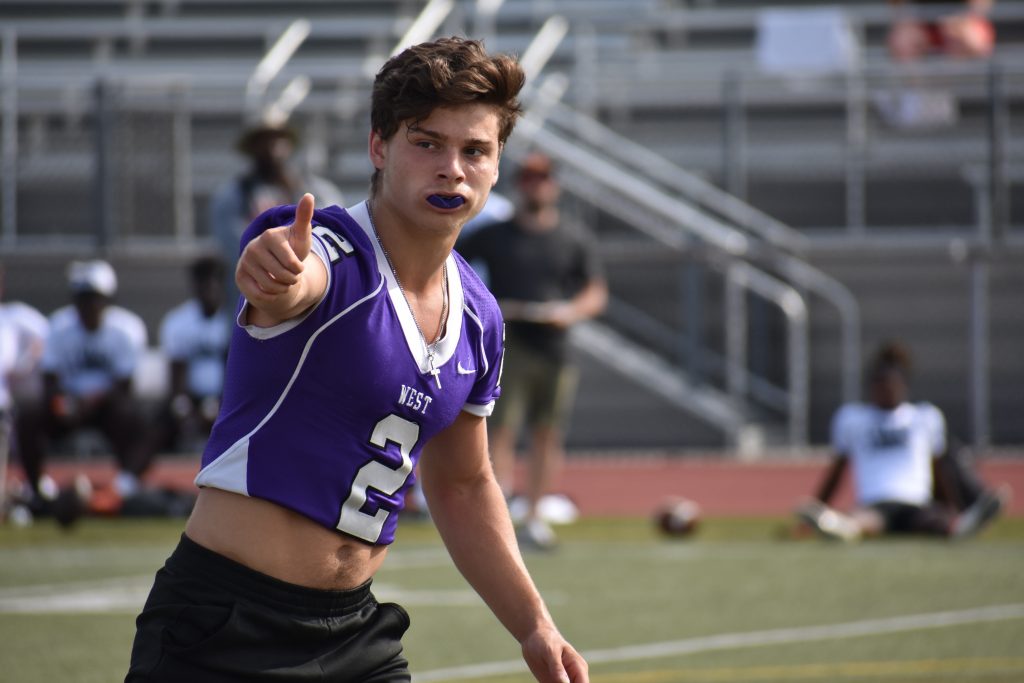 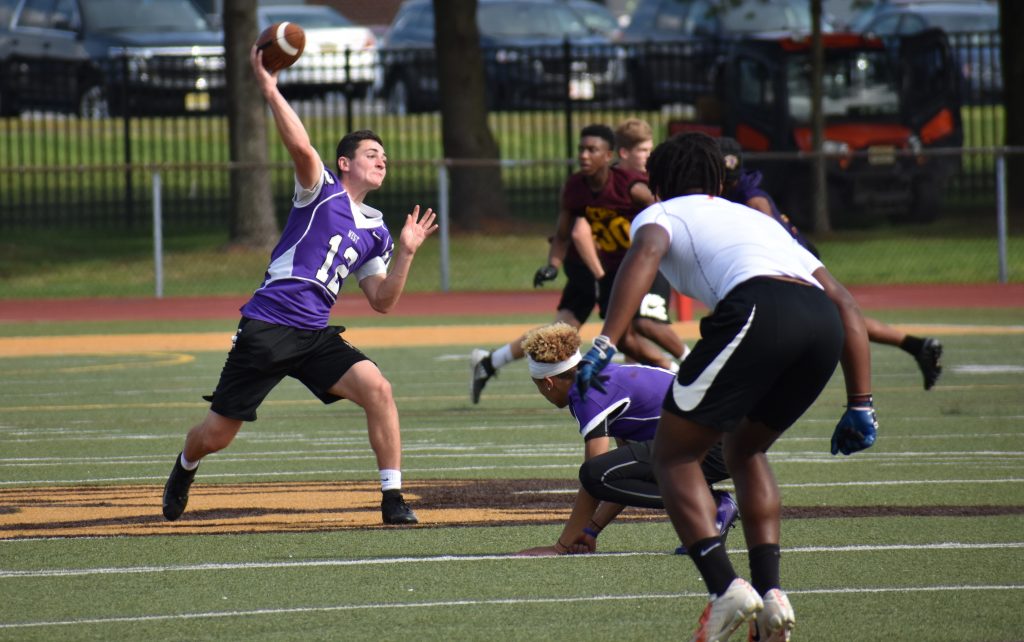 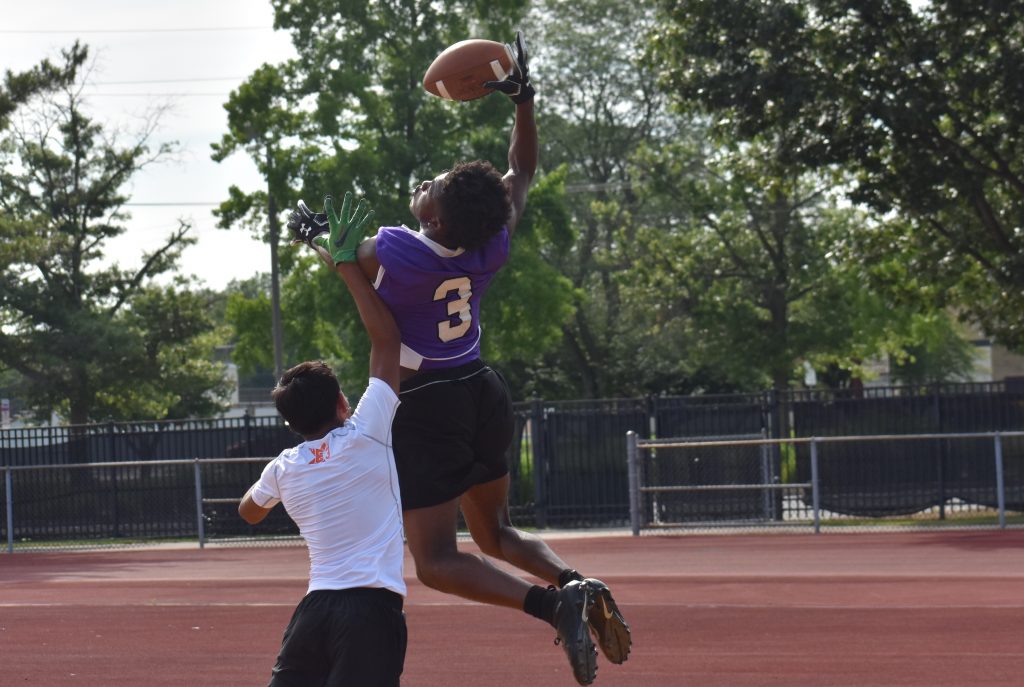