Zino planning for childrens’ section, basement to be operational by end of summer. 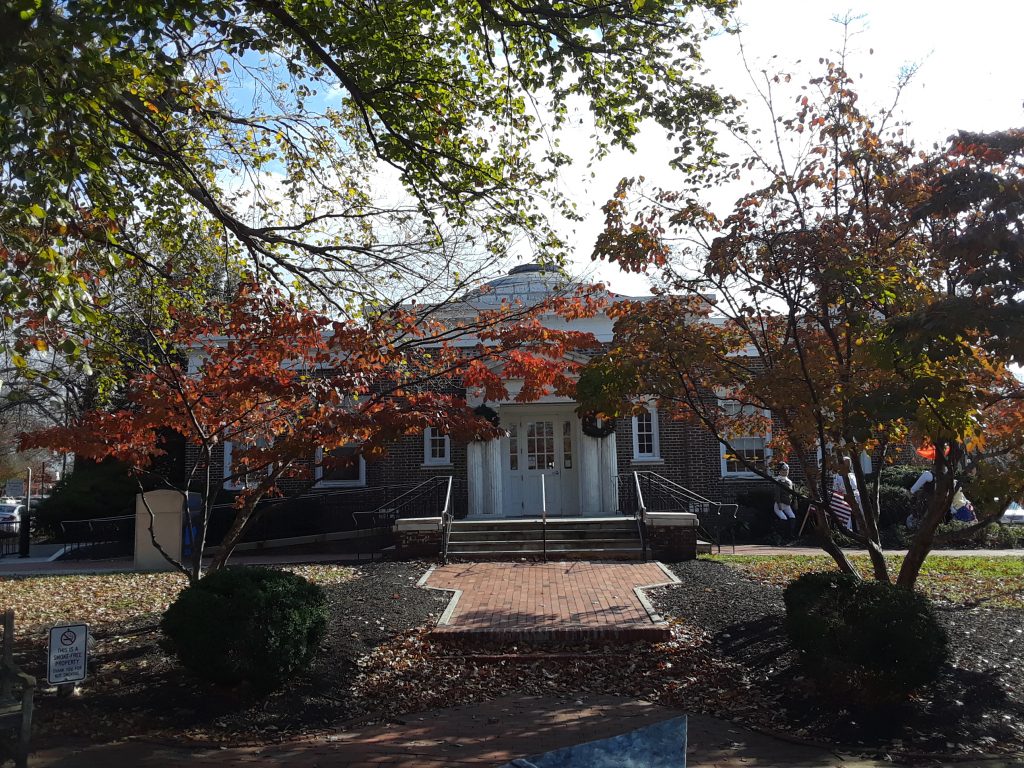 Heavy storms packed with wind, rain, thunder and lightning menaced the borough, the South Jersey region and the entire Delaware Valley during the week of June 17.

One local casualty of Mother Nature’s wrath was the children’s area in the basement of the Haddonfield Public library, which sustained enough water damage to throw things off kilter for the foreseeable future.

The Sun caught up with library director Eric Zino late in the week, as cleanup and reorganization were underway.

“Related to the wave of storms, the water came in, I don’t really know how, where or from what direction, but we knew that when we came in on Thursday morning (June 20), we had water in the building and several rooms in the basement level. We began the clean-up process. The water is all out of the building, we’re working with the company, AllRisk (property damage outfit from Runnemede) to remediate right now for all the affected rooms, it’s a pretty thorough professional service,” Zino revealed.

“It’s the room where the childrens’ collection is. It’s the room with the least evidence of water, but it’s in the program rooms and also the technical services room.”

Zino said that, despite the rows of boxes that sit atop tables in the basement containing books and other materials, not a single book was actually damaged by the water.

Repairs have already commenced, and according to Zino may take as long as the remainder of the summer to complete. During this time, both he and the library board will be actively taking steps to see how quickly normal service can be resumed. The damage forced the library board’s June 25 meeting, which is usually held in a basement room, to be relocated into Borough Hall.

On the day of the interview, June 21, Zino contacted the Cherry Hill Public Library to see if it could work out some sort of sharing agreement with Haddonfield cardholders, which was successful. All borough residents with valid library cards will be able to borrow materials from their children’s collection.

“Also, our library trustees are looking at potential places in town that we could operate for two or three months, just to provide a browsing collection for our childrens’ materials,” Zino added.

“Those cards can check out only children’s books since that is the only collection that Haddonfield has had to house off site during the repairs to their building. Cherry Hill Public Library gave out temporary library cards to Haddonfield residents once before, when Haddonfield Public Library was going through its renovation in 2015-16. The libraries in this area have a history of helping each other out in tough situations. We like knowing that they would reciprocate if we needed it,” Cackowski added.

Taking into account delays and worst-case scenarios, Zino estimated that the basement areas would return to normal within three months, but acknowledged things may go more smoothly than anticipated. Best-case scenario would be in the two-month range, he said.

“There wasn’t that much water, but what was there, we jumped on extremely quickly. Not only was the water gotten out of the building very quickly, but we’re only really dealing with some very small sections of drywall that wicked up the water. Looks like our floors are going to be in fine shape. When we replace the affected sections of drywall, we’re going to be in fine shape. And of course, it comes with testing for mold and any other remediation necessary to prevent mold growth. We’re taking all steps to ensure the situation doesn’t progress,” Zino added.

On June 26, Zino issued a brief update to the Sun on continued clean-up efforts, saying: “the children’s library cleanup is going better than expected and we may be reopening that department for normal operations much sooner than initially expected. My current guess is maybe July 8. In the meantime, we’ve brought quantities of books up to our teen room and children and families are able to browse and borrow from that stock that we replenish daily.”

Zino was quick to assure the public that the library’s main and upper floors sustained no damage, and were operating normally.

“All the regular services for the adult collections, our public computers, our teen collections, those are all operational fully. What isn’t operational at this time in our building is our browsing childrens’ collection as well as the public program rooms. That’s part of our plan, to find alternate space to house meetings and things,” he said.

For more information on library meetings and events that may be affected by ongoing renovations, contact Zino at ezino@haddonfieldlibrary.org or (856) 429-1304 x111.