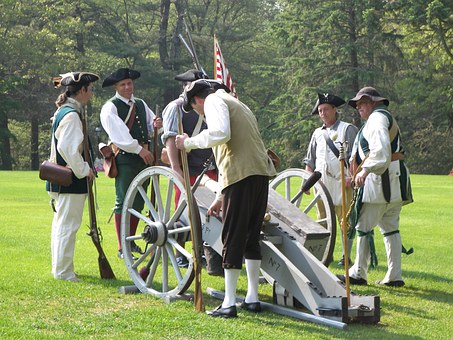 Once upon a time in a land we all know, love and inhabit, 56 men came together in Philadelphia in the sweltering summer of 1776. They had gathered there to argue and debate the merits and the perils of breaking away from the oppressive crown. Not all were brilliant visionaries like Jefferson, Franklin and Adams. Not all were born in the colonies. Eight were immigrants born in England, Ireland and Scotland. All were there because the colonies were becoming fed up and angry with their increasing subjugation and exploitation by the tyrannical king.

They fervently believed the lives they had worked, struggled and sacrificed to make for their families in their nascent homeland shouldn’t be continually and abusively shackled by the punitive whims or King George III (the original royal pain the ass) who was now becoming dementedly whimsical.

But some elite colonists called loyalists who had much more than most having received every bit of profitable consideration and vast land grants from the king and his cronies mockingly dismissed these raggedly rabble rousers, snobbishly suggesting they content themselves with their menial servile pursuits and leave the important matter of governing to the loyalist magnanimous benefactor.

Finally after much heated debate, reluctant compromise and gallons of perspiration, the representatives of the 13 colonies reached a unanimous decision and Jefferson was appointed to write the Declaration of Independence which he did with a little help from his friends Franklin and Adams.

In London, arrogant British generals laughing agreed this ridiculous rebellion wouldn’t amount to much more than a long distance training exercise. They smugly assured the king this most feeble and foolhardy revolt would be quickly quelled and after the required pillaging and plundering his majesty’s conquering armies would proudly return home hailed as victorious heroes. But such British pomposity was no match for the consuming passion for freedom that bestowed immeasurable courage upon the quick striking, sharp-shooting minutemen. With their life-long familiarity of the terrain, their unorthodox battles strategies, their revered and inspiring commanders and of course the highly visible targets the bright red coats provided what initially seemed to be a suicidal challenge to the greatest military power on earth at that time fatefully resulted in a truly amazing and transformational victory and the beginning of what would become the greatest nation in the world has ever known.

As we proudly celebrate the birth of our beloved country with the patriotic parades, backyard barbecues, and looming firework, let’s not forget all those fearless first Americans who risked their lives, their fortunes and their sacred honor to create this ever evolving and enduring nation of freedom, liberty and opportunity. What are we the people now willing to risk to collectively and peacefully preserve and strengthen our America?