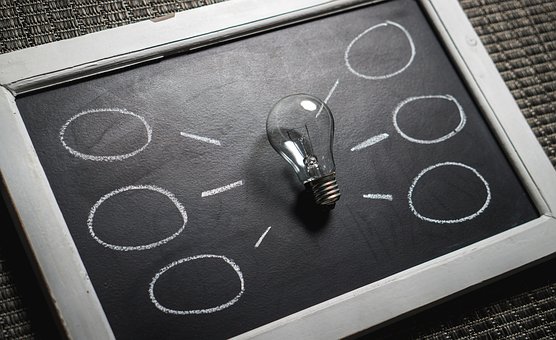 Larry Mussoline has concluded his first calendar year, and soon will complete his first full academic year, as superintendent for the Haddonfield School District.

Having arrived weeks earlier than planned, in the wake of an alleged racial incident that involved one of its student-athletes and the sudden departure of an interim superintendent, Mussoline admitted the 2018-19 academic year could best be termed as digging out the earth to properly lay a foundation, rather than laying the foundation itself.

“This year was a year of putting systems in place that we saw weren’t in place, like our policy and our HR system, curriculum, instruction, everything that we needed to put in place that were either sketchy or non-existent at best,” Mussoline said in a lengthy in-person interview with The Sun on May 31.

Mussoline, along with the rest of the district, is eagerly awaiting the return of QSAC (New Jersey’s Quality Single Accountability Continuum) scores from Trenton, whose statistics will go a long way toward shaping future curriculum decisions, district-wide, to fit his vision of a 21st-century educational mindset.

“Why I’m excited about it is, it’s going to give us a starting point. We don’t have a really good outside evaluative starting point. I can’t wait to see them: If the scores come in higher, I’m going to be elated. It shows that we have less work to do, and that some systems were in place. If they don’t come in high, it shows that systems weren’t in place and that we’ve got some work to do to build a foundation,” he explained.

Required once every 10 years by the state’s board of education, Haddonfield last underwent its mandated review back in 2011. Check back in our print edition, slated for June 19, for the story pertaining to the release of those scores to the district.

To anticipate what those scores would tell Mussoline as well as the board of education, and to begin to build a solid foundation upon which the district could improve, a significant boost in high-level personnel was in order.

Following Mussoline’s arrival, former Haddonfield Memorial High School principal Chuck Klaus was tabbed as interim assistant superintendent (and was appointed to assume the role full-time by the board as of July 1), and Colleen Murray arrived in early November to serve as the district’s first chief academic officer.

“We needed some people. We were razor thin. We’re not that small, 2,700 kids is not that small. Granted, we’re not (as big as) Cherry Hill, so having an assistant superintendent watching over the K-12 program, watching over quality evaluations, having a curriculum assessment and accountability, professional development and data person is important. And having the superintendent leading the board, and leading the vision for the district – these things are all important, and not that costly in the larger scheme,” Mussoline added.

Murray, said Mussoline, lifted a great burden off his shoulders as the primary point-of-contact for curriculum issues, and should be able to grow in her comfortability with the role given a clean slate and full academic year beginning in July.

“She’s got the wonderful book and practical background as a teacher for all these years. What she needs to learn is more the upper-level, administrative leadership stuff,” he said. Part of what she’s doing is with QSAC: she’s got to get us in line, because we know we failed the curriculum part already, but we just don’t know what score it is. Anything below an 80 in these areas, we failed it. We know our curriculum guides are not up to par. That’s immediately what she’s got to work on.”

Based on a survey distributed to all borough residents in the winter regarding the district’s broader strategic plan, Mussoline and other district personnel formulated a mission statement, “We nurture, empower and inspire,” that will set the tone for the 2019-20 academic session.

In addition, formation of a long-range strategic plan with three main components: social and emotional learning, cultural competency and a contemporary teaching and learning mindset, was agreed upon as a result of the survey.

While students and teachers are about to enjoy a two and a half-month break from the rigors of academia, Haddonfield’s educational expansion will slow down – but not stop – through the summer. With board meetings scheduled for each of the next three months as well as a board retreat, Mussoline’s eye is clearly toward using this time to kick-start discussion for the next academic year.

“The real flexibility in terms of 21st-century learning, we haven’t really gotten to the crux. We’ve talked about it. In fact, this summer, I’m going to have the board read a book called ‘Different Schools for a Different World’ (by Dean Shareski and Scott McLeod). Our admin team is also reading the book for their admin retreat. It’s only 80 or 90 pages but it really points to the future. We haven’t even begun to look into the future. We’re pretty much still steeped in the past.”