The Mullica Hill Women’s Triathlon Club works day in and day out to prepare its members for a triathlon and, most of all, to empower them for the annual Queen of the Hill triathlon.

On the morning of June 23, athletes of all skill levels, mainly beginners, will gather at Lake Gilman in Monroeville around 5:30 a.m. with their equipment. The first race of the day is a duathlon (biking and running) beginning around 7:20 a.m., with the triathlon starting 10 minutes later and an aquabike (swimming and biking) shortly thereafter.

The triathlon is a quarter-mile swim in open water at the lake, 10-mile bike ride and back to finish with a 3.1-mile run.

The event is sanctioned by USA Triathlon and all participants are being given medals, with the top woman in each of the respective categories receiving a tiara and the overall winner receiving an embroidered robe and crowned queen.

All athletes compete against one another in their respective age group.

Women ages 12 and up are allowed to participate. Registration is open until June 21, costs between $125 to $200, depending on which event is chosen, and can be done at www.MullicaHillTriClub.com. Admission to watch the event is free. The race takes place along Ellis Mill Road and will be heavily patrolled by Elk and Harrison police departments.

The county’s EMS will be available onsite for anyone needing medical assistance.

“The average age of a Mullica Hill Women’s Tri Club member is around 45, and many of these ladies are in their very first triathlon,” Michelle Powell, co-founder of the triathlon club, said. “It’s such a sense of accomplishment, confidence, pride and doing something for themselves.”

The all-female sprint triathlon is now in its ninth year, and the club has added new legs to the race, like a mother-daughter relay and starting the swim event in self-seeds to keep the women going.

“Because it’s all-female, we have some special things we do such as hair braiders, serenading them to the water with music,” Powell said.

Following the race, the women are treated to a free brunch and sponsors will be there giving them post-race massages and other free items.

“It’s unique in that it has all of the royal fun stuff and it’s all-female,” Powell said. “It’s the first triathlon in Mullica Hill and it’s still going strong. We’ll have around 200 participants this year aging from 15 to 75.”

Powell added the triathlon is also unique with the experienced women assisting beginner triathletes and cheering them on along the race to the finish line. Throughout the year, the triathlon club has group workouts to build strength and endurance for the race.

“We have a mentor-mentee program where we have more seasoned triathletes who teach the new ones how you get through transition and through each step in the triathlon,” said Powell. “You have that strong sense of camaraderie and sisterhood that are unique and special about the event.”

She added at many points in the race, people who reside along the routes will come out and cheer the women on.

“When you’re tiring out and you’re hearing that support, it helps you remember all of the hard work you did and the people who are supporting you and congratulating you,” Powell said.

Powell said there will be volunteers stationed throughout the race to assist the women by means of equipment issues, refreshments or to guide them along a route. Those wishing to volunteer can contact Powell by visiting www.MullicaHillTriClub.com.

“It brings not only the triathlon community together, but the community at-large,” Powell said. “You have husbands, children, neighbors and other family members all coming to support. It’s a really inspirational day.” 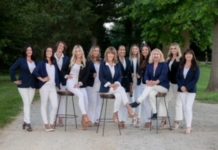 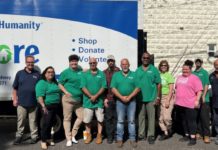 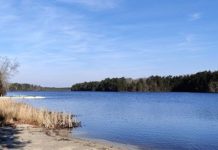