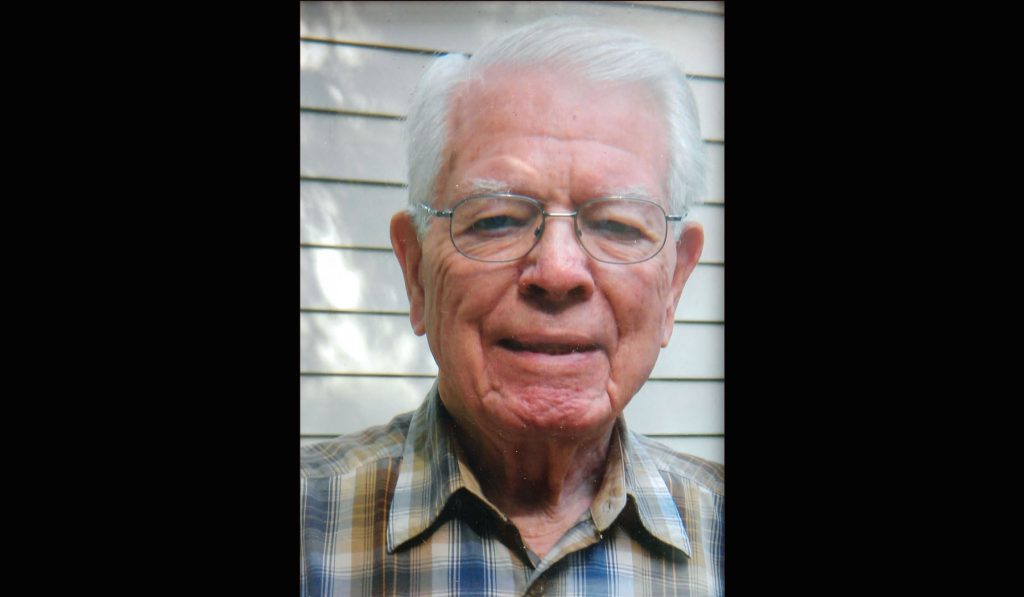 Gene was born and raised on a farm near Hastings, Neb., and graduated with a bachelor’s of science degree in mechanical engineering from University of Nebraska, Lincoln.

During World War II, he worked for the National Advisory Committee for Aeronautics (N.A.C.A., the forerunner of NASA) while serving in the U.S. Army Air Corps Enlisted Reserve.

He lived in Cleveland and Berea, Ohio.

Later, he began working for General Electric, and lived in Greenhills, Ohio (where he earned a masters degree in mechanical engineering from the University of Cincinnati), King of Prussia Pa., Warren Mich and Mt. Laurel.

He was a resident of New Jersey for more than 50 years, and spent his last few months living with his son, Paul, in Holly Springs, N.C.

In his later years he traveled with his friend Patricia Martinson of Omaha, Neb.

In addition to his parents, he was preceded in death by his wife of 57 years, Geraldine Kindig, and sister, Beverly Ann Kindig.

The family will receive friends at the church prior to the service beginning at 9:30 a.m.

Following the service, a luncheon will be held. Gene will join his beloved Geraldine in Colestown Cemetery, at 100 Kings Highway North, Cherry Hill.

Burial will be private.

Condolences may be made at: www.brownwynnecary.com.