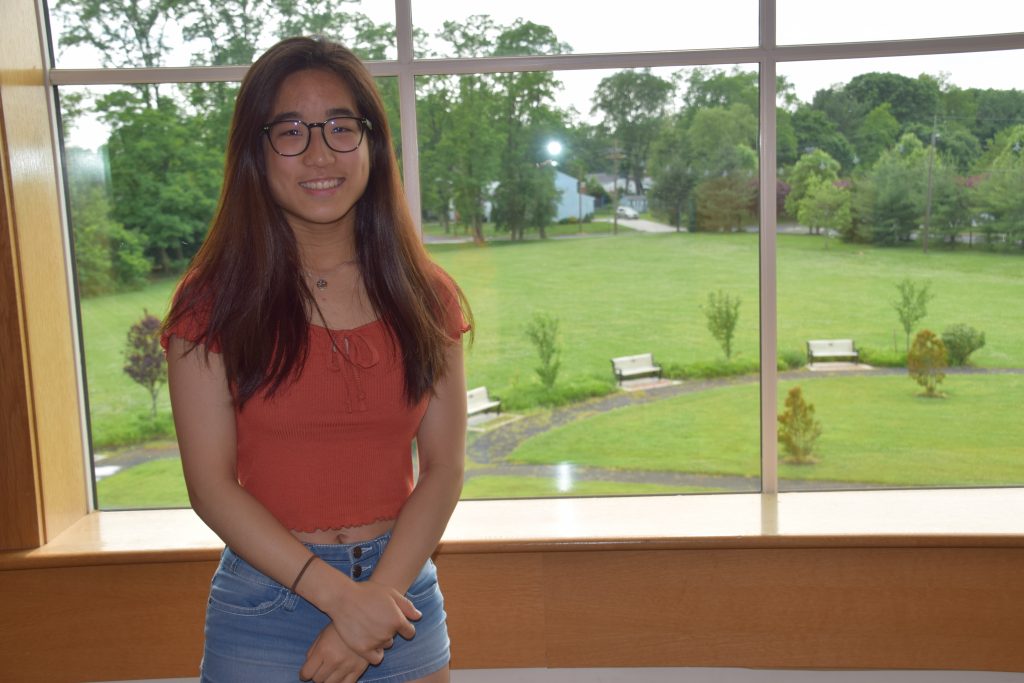 Chelsea Yang is used to seeing the world in shades of grey. The interplay of shadow and light has always held a certain fascination for the Cherry Hill High School East sophomore. This spring, Yang’s art instructor told her about the Congressional Art Competition, and she issued her a challenge: to take a risk and dive into the world of color.

The risk certainly paid off for Yang’s whose painting titled “A Meaningful Visit” is currently hanging at the United States Capitol Visitors’ Center in Washington, D.C. Yang won first place in New Jersey’s First Congressional District in the 2019 competition.

Yang said she’s always had a passion for art. She recalls drawing as far back as first grade, and since then, shading has been her first love. She’s worked in water colors and acrylics from time to time, but Yang felt most at ease with a pencil and paper in hand. 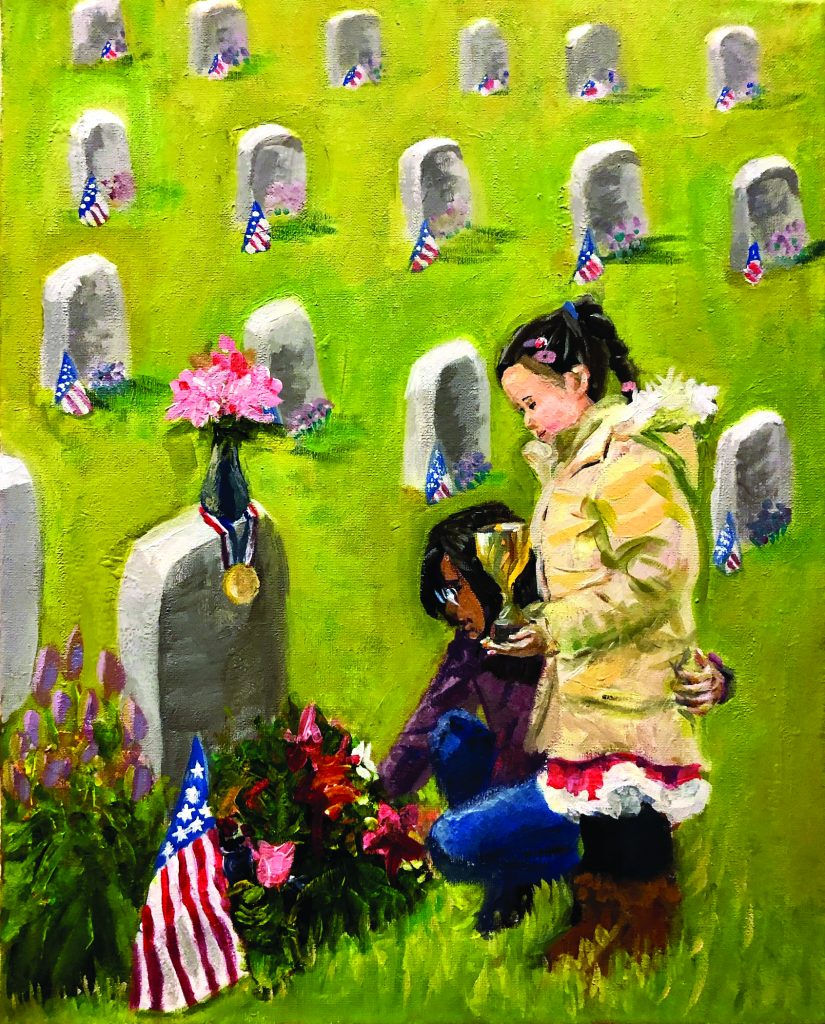 Once Yang decided to enter the competition, she began thinking about the homecoming videos she’d seen on YouTube of soldiers returning to their families. She wondered what happened to the children whose parents don’t come home and how do they react? She thought about how when children have an accomplishment, their first reaction is to run and show their parents. With “A Meaningful Visit,” Yang wanted to show how even though a young girl may have lost her father, her first reaction is still to visit his grave and show him her accomplishment.

The piece took approximately two months to complete. Yang decided to snap some photos to base her piece off of, so she and her mother visited cemeteries to scope out a location. Yang used her mother and a young girl from church as models in her photos, and from there, she narrowed it down to one image to paint.

Yang began by sketching out the piece before she went in with any of the acrylic paint. She said in the beginning, she felt a bit rusty with the colors, but she persisted. She said compared to shading, it’s often more difficult to see the whole picture because so much time is spent adding in tiny amounts of color.

When she learned her piece was selected, Yang was shocked. She said part of her knew she had worked hard on the piece and tried her best, but she wasn’t sure she how she’d compare.

“It feels amazing that mine could be among other amazing artists,” Yang said. “I’m just speechless.”

While Yang doesn’t plan on pursuing art as a career, she always anticipates it being part of her life. She said it’s how she channels her creativity. In the past, she used to write, but she didn’t like it as much because she couldn’t visualize what she was writing about.

Yang takes art classes at Pictureland – Shing Studio in Cherry Hill, and in her spare time, Yang also uses her art to bring joy to others by drawing portraits for seniors at local senior centers.

At school, Yang is a member of the East swim team, and last year, she was a part of a Chinese Folk Dance team that made it to the final five in the Star Dance Alliance 2018 World Championship.

While her friends and classmates know she’s an artist, she doesn’t usually share her work publicly outside of her community service work. She said the competition marks the first time her work will have gone public in a major way – and in the nation’s capital of all places.