As summertime fun quickly approaches, from barbeques to beach trips and more, local organizations are hoping to improve the lives of animals with care and treatment, while also hoping to find them their forever homes during the next two months.

The Animal Welfare Association received a $30,000 grant from the Petco Foundation Saturday, June 1 at the Petco of Turnersville, with the money being put toward extending its ability to support lifesaving efforts for animals in the community.

Rob Held, district leader of the Philadelphia region for the Petco Foundation, presented the check to AWA representatives, thanking the AWA for its work in the community supporting animals in need.

“We are here today on behalf of the Petco Foundation to celebrate the lifesaving work of the Animal Welfare Association with a Lifesaving Grant investment,” said Held. “We are proud to support the (AWA), whose staff and volunteers strive to save animal lives. Their compassionate dedication is making a positive impact for animals in our community.”

“It is our honor to support an organization, and a community, that has come together to save the lives of animals. Because together we can create a lifesaving nation,” added Held.

The check was a donation toward the AWA’s Paws and Feet 5K and Doggie Fun Day fundraiser, according to Special Events and Community Programs Manager Sophia Barrett, which in total rose just short of its $100,000 goal thanks to the donation.

“This is certainly going to save a lot of animals’ lives,” said Barrett. “It will help bring in more animals and adopt out more animals as well.”

The check presentation also helped kick off the AWA’s summer adoption promotion titled “Raining Cats,” which aims to have 300 cats and kittens adopted between June 1 and July 31 due to the shelter being flooded with homeless felines during these particular months.

At the event, the AWA hosted an adoption event at the Petco in Turnersville to celebrate the summer promotion, featuring adoptable kittens that were previously at foster homes sponsored by the nonprofit. During the event, nine kittens were adopted into their forever homes.

“All of the [kittens here] are helped with Petco’s generosity towards our foundation,” said AWA Foster Care Coordinator Lisa Sawyer. “I was able to supply my foster homes with the supplies they needed thanks to the generosity of all our sponsors.”

Sawyer says the AWA has approximately 130 kittens currently in foster care that are waiting to be adopted into their forever homes.

For more information on the AWA’s “Raining Cats” promotion, how to donate to the nonprofit, adopting a cat and more, visit https://awanj.org/raining-cats. 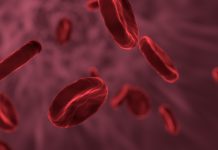