Curcio will donate a portion of the proceeds based on sales of the single to the Marlton-based, nonprofit Operation Yellow Ribbon of South Jersey military-support group. 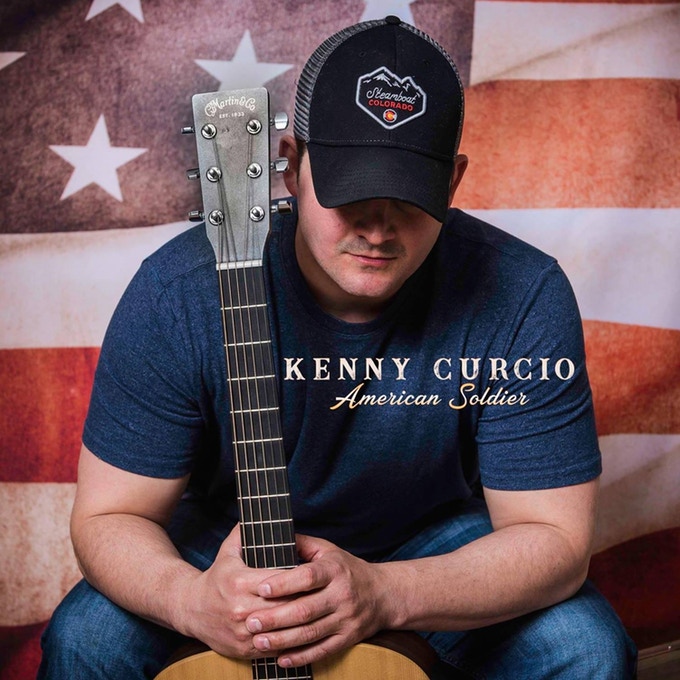 For the next several weeks, residents have the chance to support a local recording artist while also supporting the men and women serving the U.S. Armed Forces in the Middle East.

Kenny Curcio, a singer songwriter from Medford, will be releasing his new musical single “American Soldier” on May 24 in time for the Memorial Day weekend.

From that release, Curcio will donate a portion of the proceeds based on sales of the single to the Marlton-based, nonprofit Operation Yellow Ribbon of South Jersey military-support group.

In turn, OYRSJ will use those funds to help with the expense of sending care packages to those men and women serving overseas.

To facilitate these donations, Curcio has created a Kickstarter fundraiser to partner with OYRSJ for the release “American Soldier” on May 24.

Curcio, with a background in rock and alt-country, began playing guitar at age 12 and began writing his own music in college, working with his band, “Whisky Train,” to write and coproduce four studio albums and working as a solo artist for two more albums.

As outlined by Curcio on his Kickstarter page, he started writing “American Soldier” in the summer of 2018 and describes the song as a way to honor veterans and active military personnel, while also promoting “individual strength” against adversity.

“I am hopeful it will be a song all can relate to – whether dealing with a personal challenge, finding strength to overcome adversity, or helping someone needing support,” Curcio said. “’American Soldier’ is a song of unity, freedom, and overcoming challenges while being proud to be an American.”

With a pledged goal of $1,000, backers can make pledges to different donation tiers, with the lowest tier set at $5.

With that $5 pledge, backers will receive an emailed digital download of “American Solider.”

For those looking to give more, backers can donate pledges in larger dominations as well, through which supporters can receive additional items in addition to their digital download of “American Solider,” such as “American Soldier” pens, signed postcards, stickers, coasters, past CDs and more.

“Operation Yellow Ribbon is honored and excited that local South Jersey musician Kenny Curcio will be releasing his new musical single … benefiting our very high care package expenses,” said OYRSJ Chair Dave Silver. “We thank Kenny in advance for his generosity, thoughtfulness and patriotism. We thank all of you – our supporters – as well. We hope you enjoy the song and his music.”

With the release of “American Solider,” Curcio said locals can help him in his journey to spread his music as well as help the soldiers still serving overseas.

In addition to the supplies that ORYSJ sends, Curcio said that for each donation he received, he would also send a digital download of “American Soldier,” which Curcio said he hopes would help motivate and inspire those in the military to keep moving forward.

“Each contribution makes a difference. Each care package make a difference,” Curcio said. “’American Soldier’ is a message for the troops to know we have their back, and will continue to support them no matter what.”

To learn more about OYRSJ, visit the group’s website at www.operationyellowribbon.org or check the group’s page on Facebook at www.facebook.com/OYRSJ/.

To learn more about Curcio’s music or to see his schedule for upcoming live performances, visit www.facebook.com/kennycurciomusic/.