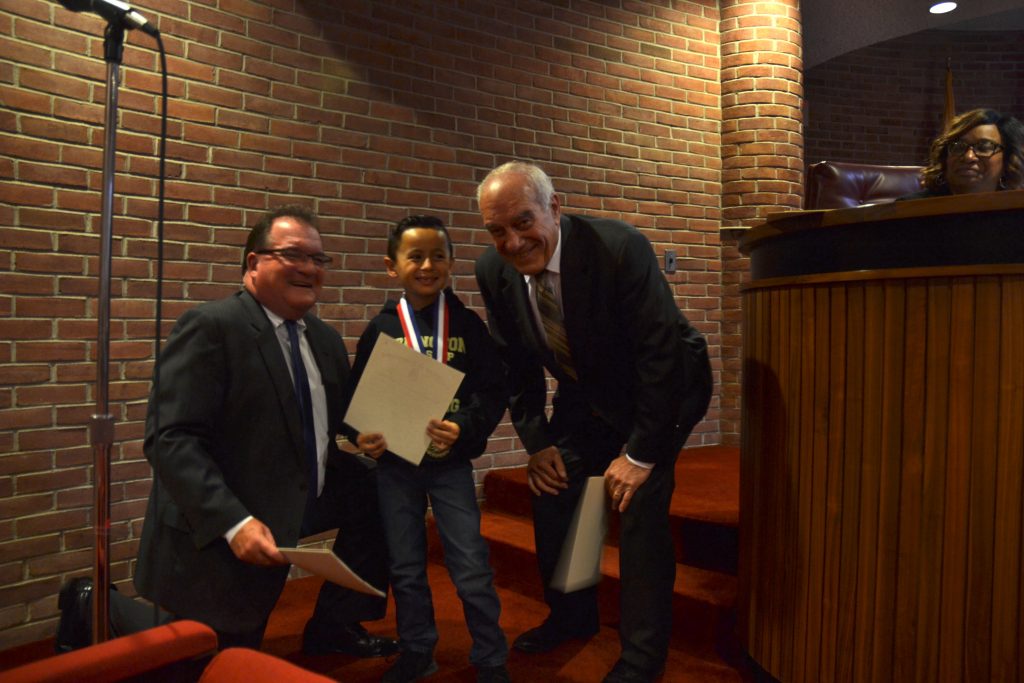 “The Endeavor is a volunteer organization that provides a service to the residents of Burlington Township that might be one of the most cost-effective services we have in town. Because they are volunteers, because they come out and do the things they do, we can provide emergency services to our residents that we would not have ordinarily been able to do,” said Mayor Brian Carlin.

First to be recognized was EMT James Lopez, who received a quarterly recognition award. EES officials chose to recognize Lopez for his role in the sustainment and betterment of the squad.

Lopez became an EMT in 2003 and joined the EES in March 2014. During his time with the squad, he has responded to hundreds of emergencies, including fire trauma patients and has responded to motor vehicle collisions and medical emergencies throughout the five communities the EES serves.

According to officials, Lopez has been instrumental in the creation and advancement of the EES Rescue Task Force, a specialized unit that works as part of the responding team to a critical active threat scenario.

“EMT Lopez has risen to be a role model and a leader amongst his peers. Our team members hold EMT Lopez in the highest regards of the emergency medical profession,” said Carlin, reading from Endeavor’s recognition statement.

Following Lopez was EMT Gabriel Lipsack, who was named EMT of the Year for 2018. According to Endeavor officials, Lipsack was nominated by her peers for her natural leadership abilities and the excellent care she provides her patients and their families.

Lipsack joined the EES in September 2016 after obtaining her emergency medical technician license. She completed 80 hours of field training orientation with the EES before becoming part of a two-member crew. To date, she has responded to more than 1,500 emergencies throughout the communities the EES serves.

During her time in the squad, she participated in the process of obtaining accreditation from the Commission on Accreditation of Ambulance Services. The success of this venture has made Endeavor one of only four other agencies in the state to do so.

“EMT Lipsack is a loyal and dependable team member, and has become a role model for other emergency medical technicians who are just entering the medical field,” said Carlin, reading from Endeavor’s recognition statement.

The Burlington Township Youth Wrestling Team was recognized for its achievements during the season competing in the Grapevine Wrestling League, which consists of 25 teams across South and Central Jersey.

Burlington Township’s team is made up of 39 wrestlers, seven of whom were present at the meeting, and took first place at the Grapevine League’s season-ending tournament. Wrestlers Patrick Sullivan, Adrian Bravo, Isiah Cochran, Joseph Phillips, Levi Bravo, Max Berrios and Anthony Cook were individually honored with a certificate of recognition from the township and a citation from the state Legislature.

Finally, Burlington Township High School wrestlers Mike Limone and Craig Cook, both of whom will be graduating this year, were recognized for their accomplishments throughout their high school wrestling careers.

“One thing we are very blessed with in this community is having some outstanding young people, and tonight is an example,” said Carlin.

Dispatches from Home: The top films of the last 20 years