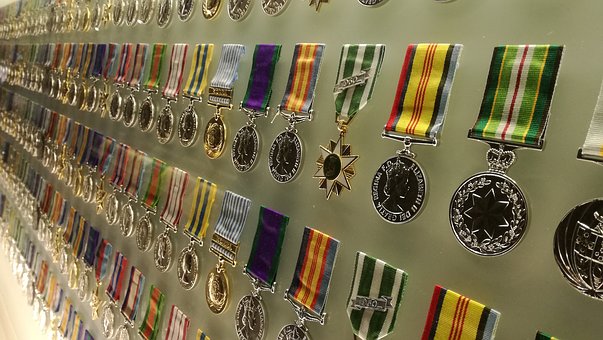 Cherry Hill resident Ken Hartman is the founder and president of Our Community Salutes, a national nonprofit created to honor high school seniors who plan to enlist into the military. In 2019, OCS celebrates its 11th year of service.

This year, seven graduating seniors from Cherry Hill Public Schools will enlist into various branches of the military immediately after graduation, making Cherry Hill the No. 1 locale for military-bound high school seniors in Camden County, per Hartman, who said he receives that information directly from the service branches.

“We’re seeing a pivot point, an awakening where students are weighing alternatives to finance a college education, and the military has become a more attractive way to do so,” Hartman said.

“There’s students now coming out with all this debt and little experience from college, and meanwhile those in the military have banked four years of experience without that debt, ready to hit the ground running.”

Hartman initially began his service to the community when he ran for, and was elected to, a three-year stint with the Cherry Hill Board of Education in 2007. However, in the midst of his term, he realized he could better focus his community service through promotion of the military as a path to future success for students.

Though he did not divulge names of the seven students, Hartman revealed five were graduates of Cherry Hill High School West and the remaining two from East; four were planning on entering the New Jersey Army National Guard; three planned on going directly into the Army with two set to graduate from West and one from East.

Overall, Hartman said, there will be 62 high school seniors from Camden County who will enlist in the military upon graduation.

There was to be a dinner to honor those who plan to enlist, the OCS Dinner Ceremony  at The Mansion in Voorhees, on May 14. When The Sun spoke with Hartman one week prior to the event, he revealed that it was close to, if not completely, sold out.

One of the speakers expected to attend is Johnathan Doran, a 2018 Cherry Hill West graduate who was one of OCS’ honorees last year. Doran recently completed his first year in the United States Air Force.

“My choice to go from high school to the military was influenced by the ROTC (Reserve Officer Training Corps) program, which I did all four years,” he said in a phone conversation with The Sun. “I saw the stress take its toll on my sister who applied to colleges the year before, and saw all the debt she could incur and it thought wasn’t the path for me. I saw entering the military as a path to do things kids 18, 19 years old couldn’t do right away.”

Doran also admitted it was special that Hartman thought enough of him to be welcomed back as a speaker for this year’s dinner.

“It was definitely an honor to be selected. I thought the dinner was very well put together last year. There is a lot of pressure as a senior to select a college, or to figure out what they want to do with your life, so to honor seniors who elect to go into service is a great thing,” he added.

OCS boasts partnership with more than 30 communities nationwide, including four in New Jersey and five in Pennsylvania. According to the OCS website, all local recognition ceremonies are independently led, managed and financed by donations from supporting citizens and sponsorships by organizations within their respective community.

“We just recently had our first ceremony in Boston, where we honored more than 300 students from the greater Boston area,” Hartman added. The governor of Massachusetts was shocked that OCS had not done one before, and he promised to come back in every year the ceremony takes place.”

For more information, to become a sponsor, or to make a donation, visit the OCS website at: www.ourcommunitysalutes.org.