Guest speakers, targeting all age groups, scheduled for May 16 at Borough Hall. 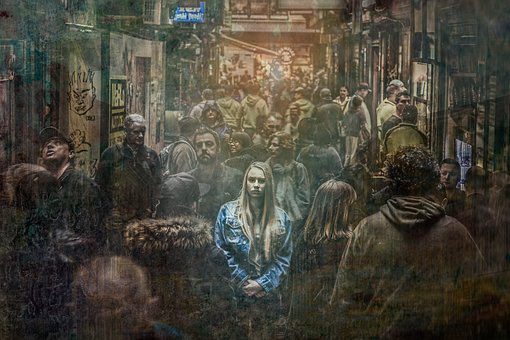 Haddonfield’s Human Relations Commission will hold a special program on Thursday, May 16, regarding mental health issues, depression and suicide across all age groups.

Entitled, “I Wished Someone Had Noticed,” the event will take place in the Borough Hall auditorium. It is expected to begin at 6 p.m. with refreshments and soothing music, before the main program commences at 6:30 p.m. HRC member Brittany O’Neill serves as the chairperson for the event, while Ellen Stone will preside as HRC chair. The event is free and open to the public.

“Typically, every year the HRC puts on some kind of open communication that delves into a timely topic. I basically said to the committee, ‘what do you feel we should talk about?’ All members agreed that the subject of mental health was paramount,” Stone said. “There was a very strong feeling amongst the members that this undercurrent of important issues that we all face should be talked about.”

According to Stone, there will be four panelists, each with a specific area of expertise: Borough-based physical therapist Wendi Novick, who will discuss issues of accessibility, purpose, isolation and loneliness in the senior community; Elizabeth Roithmayr, area director of the American Foundation for Suicide Prevention; psychologist Jessica Collins, whose practice focuses on issues facing teens and parents; and school psychologist Nathanael Hirsch.

Following the presentations, there will be a question-and-answer session with the audience.

“We have not accounted for any one-on-one time with the panelists, but we’ll encourage attendees to write any questions down on index cards, and they will be distributed to and answered by the panelists. We’re doing that so that no one has to stand up with a microphone and have it be embarrassing to ask in front of the rest of the audience,” Stone said.

The HRC serves in an advisory capacity to the borough commissioners to study or investigate matters of bias, intolerance and discrimination.

According to the borough website, The HRC was established in 1993 by ordinance for the purpose of promoting good will, cooperation and equal opportunity in social, employment, recreational and community endeavors and to eliminate bias, intolerance, indifference and discrimination in Haddonfield. The HRC believes that these are ongoing challenges within the life of a community.

Stone would like the public to know that, in spite of any misgivings that the topic of mental health across all age groups is a big one to tackle, attending the event will be worthwhile.

“There is a lot of information out there about mental health, but it is difficult to talk about. It’s a platform to give information, to provide helpful outlets for people, where it might be new for them. … I think the title says it all. It’s an embarrassing topic in many ways, and it is often kept quiet. It’s just another platform upon which to acquire resources. And I’m a little nervous that we won’t get the turnout that we need.”

Previous town-hall-style gatherings by the HRC were its 2000 program entitled “Embracing a Diverse Future,” its post 9/11 forum entitled “Why Do They Hate Us and What Can We Do About It?,” a 2002 event entitled “Whose Town Is It Anyway?” and the community conversation from 2003 on the topic of Marriage Equality for Gay Couples.

“The goal is to educate people and provide a service. We want to reduce the stigma around mental health issues. We want people to leave there knowing there is help, and where to get help. We don’t want to single anyone out,” Stone added.