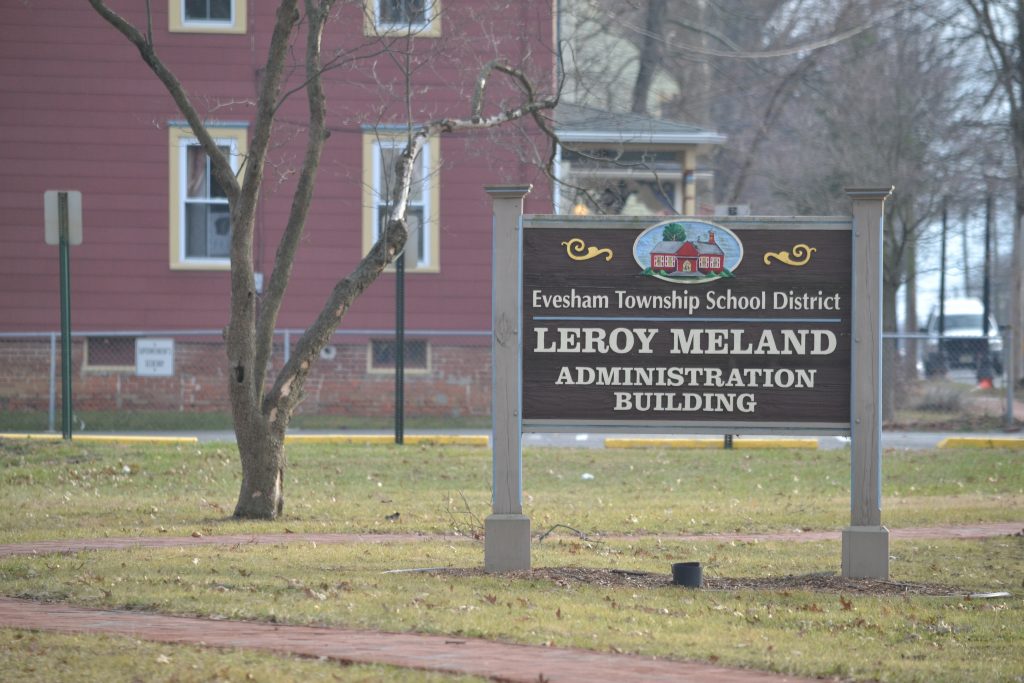 As state aid cuts continue to loom over the district, the Evesham Township School District Board of Education has passed its final 2019-2020 budget.

The budget comes with a nearly flat tax rate, with this year’s slight increase to the K-8 tax rate set at .0009 cents, or about just one-tenth of one penny per every $100 in assessed property value.

With those figures in mind, Evesham homeowners with a property assessed at the average value of $272,700 can expect to see an annual increase in their K-8 tax bill of about $2.45.

This easily marks the lowest tax rate increase homeowners will see in their overall K-8 tax bill when compared to the district’ preceding five school-year budgets.

The 2019-2020 budget’s increase of $2.45 is also lower than what the district originally estimated earlier this year.

Factors leading to the drop included a decrease in staffing/salary costs due to retirements and other breakage, a decrease in the cost to host the district’s website and additional funds from the Lenape Regional High School District Board of Education to rent out three additional rooms at Evans School.

The LRHSD BOE has been renting space at the former Evans Elementary School to host its Sequoia Alternative Program since last year after a car crashed into the previous building the LRHSD BOE district rented in Tabernacle.

Of note, district officials said that between the LHRSD’s additional rental, the space the LRHSD already rented, and the space already rented by the Y.A.L.E. School, all classroom space at the Evans building is now filled.

As for the 2019-2020 budget’s nearly flat tax rate, the rate comes as the district continues to explore ways to reduce costs to deal with cuts to the district’s state aid funding that the state announced last summer.

According to Superintendent John Scavelli Jr., those decreases are only expected to continue in coming years.

As noted by district officials in the past, the ETSD is considered “overfunded” under the state’s School Funding Reform Act of 2008, which was finally enacted fully last summer.

Although Scavelli has said the exact amount of reductions in state aid will be recalculated each year, overall, the district is estimated to lose a total somewhere between $8 million and $9 million in state aid from the time the cuts started last summer to the 2024-2025 school year when cuts will be fully phased in.

According to officials, the decrease in spending in this year’s budget can be attributed to several factors, such as a reduction in spending on supplies, non-instructional equipment and capital projects.

However, Scavelli said the district wouldn’t be able to rely on similar decisions in future years, as the district cannot indefinitely postpone such purchases and investments.

“There’s always good and bad with that,” Scavelli said. “The good is that helps us with next year’s budget. The bad is you can’t do that every single year for next five, six, seven or eight years. That will not work for the district.”

In addition, the district has begun restructuring staff, including the elimination of an assistant principal position and a grounds position, as well as taking a full-time secretary position and full-time library clerk position and splitting each into two, part-time positions.

“Each position, as they come up, we’re reviewing those…do we replace that person or is there a different way of doing this where we can still deliver the service and save some money?” Scavelli said.

The 2019-2020 budget also did not require the district to purchase any buses, which must be replaced after 15 years of use per state law.

District business administrator John Recchinti said the 2019-2020 budget also saw a decrease in overall costs for employee benefits, with a drop of 2.17 percent from the 2018-2019 budget, decreasing from $16 million to about $15.7 million.

Recchinti said the district was actually helped in part due to a smaller than average increase in costs for employee medical benefits, in which the district saw an increase of less than 1 percent in its health-care costs and costs actually remain flat for dental and prescription coverage.

While medical benefits have risen anywhere from 6 percent to 10 percent in a given year in the past, Recchinti said it appears that rates were beginning to stabilize for the district after its switch from the State Health Benefits Plan in January 2018 to the School Health Insurance Fund.

According to the organization’s website, the School Health Insurance Fund is a regional health insurance fund that seeks to offer districts in the region a “solution to control escalating benefit costs while providing programs for employees to obtain quality care.”

“It’s starting to pay off, we’re getting more stable rates, and it really came through this year,” Recchinti said.

More budget information can be found on the district’s website at www.evesham.k12.nj.us.