If you’re smart, you would not dare mention or try to explain the term “sophomore slump” to Deptford High School 10th-grader Brianna Stocklin. Unless, perhaps, you are her coach, and you’re looking for that last bit of motivational material to get your best overall player going to begin the season.

Stocklin, 16, put together one of the best individual, inaugural softball seasons in Deptford history last spring: she set the program record for hits in a single season (51). Since she set a new standard as a freshman, it’s fair to wonder just what Stocklin might have in store for her sophomore season and beyond.

But don’t suggest she can’t match last year’s feat or aim for the chance to lead the state in hits in 2019.

“I know she wants to be the best at everything,” Deptford coach Mindy Coxe said. “And if there’s someone that somebody thinks someone (else) is better, that just pushes her even more.”

Stocklin, who hit .560 with a .615 OBP, 29 runs scored, 20 stolen bases, nine doubles and two home runs last season, owns the Spartan single-season hit record (three more than Annie Murphy’s 48 in 2014) and has plenty of time to catch the career hit total in program history, too (also Murphy, with 145).

She took some time after a recent game to talk about her goals of improving on her historic freshman season.

South Jersey Sports Weekly: So, 51 hits as a freshman, setting a new school record. What was that like, having that kind of success right away at the varsity level? Or do you expect those results from yourself?

Stocklin: I kind of expected it, because I work hard. [laughs]

SJSW: Do you remember when you first started playing softball?

SJSW: What is it about playing sports that helps you as an athlete?

Stocklin: It keeps me in shape, keeps me motivated.

SJSW: What do you credit toward your success at age 16 just entering your sophomore year?

Coxe: I’ll take that one, I know she wants to be the best at everything, and if there’s someone that somebody thinks someone (else) is better, that just pushes her even more.

SJSW: Who taught you the game? Dad or mom?

SJSW: Did he play at Deptford?

SJSW: At least (Gloucester Catholic) didn’t steal you away.

Coxe: [Laughs] They were trying.

SJSW: What’s your favorite thing about the sport, what do you love about softball?

Stocklin: I like being out on the field with my friends. Winning. Having a good time.

SJSW: Do you know any softball players you look up to or admire?

Stocklin: I watch a lot of college.

SJSW: So is that your goal, playing in college?

SJSW: Do you have a favorite pro team or a Philly athlete you like to watch, or is it just softball all the time?

Stocklin: Softball all the time.

SJSW: That’s cool. Do you have a favorite pitcher you like to bat against, someone who challenges you?

SJSW: What is it about them? A rivalry thing?

Stocklin: Yeah, because, everyone when they hear Delsea, it’s always, “They’re the team to beat,” but…

SJSW: …You want to change that.

SJSW: That makes sense.That’s how a good competitive athlete should think. Let’s mix it up – do you have a funniest teammate?

Stocklin: Kylie, Kylie (Bythrow) is pretty funny. And Jania Long is funny, but (on the down-low funny).

SJSW: How about smartest teammate?

Stocklin: Smartest?! Me. That’s me!

SJSW: Oh wow, that’s as confident as you’ve answered anything so far.

Stocklin: That’s me. [Laughs]. It’s me. It’s myself. But if I had to pick a teammate. Hmm. I would say Jania is pretty smart.

Stocklin: I have one B.

Coxe: She’s in the advanced bio-med program in our school.

Coxe: So she’s up (late) every night studying. She’ll go from here, practice with her ASA team, and (homework).

SJSW: So what are your goals this spring? Obviously you want the team to do well. Are there any numbers you’re looking to reach?

SJSW: I see you have stats all across the board, I feel like you’d be a good draft pick in fantasy baseball.

Coxe: Yeah, that’s why I was a little upset she wasn’t put on the (state’s) top 30 girl players to watch out (in another publication).

SJSW: Sometimes those things are filled out by upperclassmen.

Coxe: But I know that motivated her even more.

SJSW: So what is it that you think about all those things – running, defense, putting the ball in play, having a head for the game – what would you say you do best?

Stocklin: Putting the ball in play.

SJSW: What’s your favorite thing to do outside of sports?

SJSW: Do you have a favorite movie or TV show you like to watch a lot?

Stocklin: I do like “The Sandlot” a lot, that’s good.

SJSW: If you had a walk-up song, what would it be? 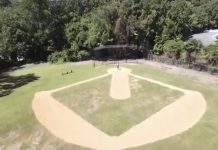 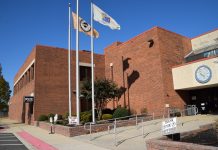 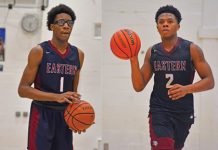