It’s every filmmaker’s dream to walk down the red carpet with the hopes of being recognized for all of your hard work. Washington Township High School students had that very opportunity last week.

Kristen Dirato, the television production teacher at WTHS and founder of the Artists Alike Film Festival, said she created the event with the state five years ago.

“I love showcasing the art of these students. They put their creativity behind it as an outlet for them,” Dirato said. “It’s amazing to see their work come to light on the big screen.”

There are eight categories in which a student can submit a film: public service announcement, commercials, narrative documentary, comedy, movie trailer, drama, suspense and experimental. The submissions come at no cost to the student and are judged by industry professionals from across the country. Dirato said the judges are writers, producers and camera operators, to name a few. The judges will watch the submissions, score them and send them back to Dirato — she is not a judge.

Of the 48 films submitted, 13 are from Washington Township. Dirato said each film had at least two students working on it, some had upward of five. She estimates approximately 50 students from the high school took part in the 13 submissions.

Five Washington Township students were honored at the festival. Sophomores Dylan DiMaio and Michele Mateo won first place for their movie trailed “Jinxed”; junior Sophie Aguila and senior Eddie Wang won first place for their narrative “The Silence of Sounds”; and sophomore will Scarborough was the first runner-up for his narrative “Gleaming the Cube.”

Dirato said the students can work on their films independently or as a part of the classroom curriculum.

“I try to gear my curriculum toward a certain category,” she said. “Intro level students learn about short film narrative, so they made a narrative for their project. If they liked it they submitted it.”

She said the higher level students did more work outside the classroom, because they liked the outside resources in the township as opposed to just shooting in the school.

In the four previous years of this festival, Dirato said Washington Township hasn’t submitted anything. It is making waves in its first year.

“The students at Washington Township High School have blown me away,” she said. “They’re highly talented, dedicated and creative. I’m enjoying the students a lot.”

The festival is open to students across the state. In the past four years, there have been submissions from 10 of the state’s 21 counties.

Students received a red carpet treatment; upon arrival they were photographed and interviewed just like the Academy Awards.

To the victors went the spoils, a crystal trophy to remember their accomplishment in addition to a free submission to New Jersey’s premier film festival, The Garden State Film Festival.

Dirato doubles as the director of operations for Garden State Film Festival. At this festival, the students will show their work on an international level, according to Dirato.

The runners-up received a popcorn bucket full of prizes for their efforts.

Dirato thinks the WTHS students have just scratched the surface when it comes to this film festival.

“I’m only expecting it to grow, I think this curriculum lends itself to filmmaking,” she said. 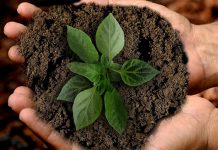 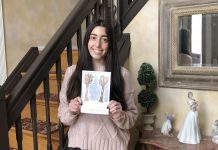