One of the best middle schools in Gloucester County is found in Deptford Township. In terms of PARCC testing, that is.

According to a powerpoint presentation by Monongahela Middle School Principal Jonathan Collins at the latest board of education meeting, between 2016 and 2018, MMS has shown the second-most improvement in Gloucester County in seventh- and eighth-grade math, behind Clearview and Logan, respectively. It showed the most improvement in seventh- and eighth-grade English language arts across the county.

These improvements have landed it in the statistically high-performing schools category alongside Clearview, Kingsway, Logan, Washington Township and West Deptford.

Eighth graders tested well when compared to the state, too. Some 42 percent of eighth-grade math students and 75 percent of English language arts students met or exceeded expectations, which is 14 percent and 15 percent above state average.

In terms of advanced classes, 94 percent of algebra students and 100 percent of geometry students met or exceeded expectations, which is 48 percent and 70 percent higher than the state average.

Collins believes there is still room for improvement with test scores. The 1:1 initiative for Google Chromebooks in the classroom is almost complete, which will streamline the state testing process.

“When we implemented PARCC, it took us 30 days to test. Thirty days of interrupted instruction, no homework, a nightmare,” Collins said. “With the additional Chromebooks, this year we’re able to test the general population in three days, which is incredible. I truly believe this is going to have a positive impact on the scores. I think our scores are going to be even better with a three-day testing period.” 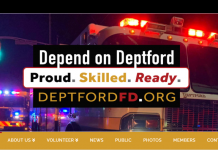