In a recent study, New Jersey ranked as the fourth-worst state in the union for drivers.

By Alan Bauer
The Sun

Before we get into the specifics, go ahead and guess where New Jersey ranked on a recent Bankrate list of the best and worst states for drivers. Pick a number, any number, between one and 50.

If you guessed 50, as in the worst in the nation, you’d be close. New Jersey ranked as the fourth-worst state in the union for drivers, which should come as a surprise to exactly no one who has driven here for more than 20 minutes.

Bankrate looked at a number of factors when determining North Dakota is the best state for drivers and California the worst. Items such as commute time, vehicle maintenance, road conditions, gas prices, the cost of insurance and thefts were considered.

Then Bankrate assigned a score in three categories: safety, cost and driving quality. New Jersey actually did OK in safety, scoring an 8.8. Cost came in at 6.15. Driving quality really sank the ship, though, as the state crawled across the finish line with a score of 1.8, topping only California, which tallied a 1, and Massachusetts with a 1.4.

New Jersey’s scores make a lot of sense, as you already know if you drive here. Commutes are awful for many of us. Poor road conditions can lead to more maintenance. New Jersey auto insurance rates are legendary, although they’ve dropped to close to the national average now. Gas prices, not helped by recent increases in the state gas tax, also can be expensive.

So what can we do about it? You could lobby legislators into dropping the gas tax, which they’re not going to do, especially since it just went up again a few months ago. And more people could use mass transit, share rides or bike to work.

But when you’re the most densely populated state in the nation with more than 1,200 people per square mile, indeed the roads are going to be a bit crowded. And those crowded roads lead to traffic jams, accidents, road wear and more. We’re probably just going to have to live with these crowded roads and high costs. 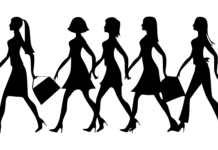