The Mullica Hill native and Gloucester Catholic transfer on her new team’s hot start, making a college decision, her family, her role model, and more.

The holiday break can make time go by faster than you think. To wit: the winter high school sports season is already a month old.

After four-plus weeks of games, most teams fall into one of two categories. It’s found a groove or it’s still working through the kinks.

Clearview Regional High School’s girls basketball team falls into the former, which might be a little surprising given that it’s made the transition this year to playing a much more up-tempo style compared with last year’s team. And that second-year head coach Casey Hetiman had the challenge of fitting a talented veteran transfer, former Gloucester Catholic guard Bella Steidle, into the mix.

But, following a hard-fought win over previously undefeated Williamstown, Clearview sported an 8–2 record one week into 2019 with just one Tri-County Conference team off to a better start: Steidle’s former team (Gloucester Catholic was 7–1 as of Jan. 11).

“It’s been exciting, (playing) upbeat,” Heitman said. “The girls are feeding into it, they like that style of play.”

Steidle, a 5–10 shooting guard, gives the Pioneers a deep veteran backcourt alongside senior floor leader Nina Freda and junior Olivia Marchei, who shares the bulk of the scoring duties with Steidle.

“She’s just a great kid, unselfish player, she knows what’s best for the team and that’s what she tries to do,” Heitman said of Steidle. “She’s so versatile. She’s definitely a shooter, that’s what she’s known for, but if that’s not working she’ll drive to the basket. She’s a bigger guard, the second tallest person on our team and she’s a guard. So that’s a different aspect for us.”

Prior to a two-point win at Williamstown, Steidle took part in the latest edition of The Sun One-On-One.

The Sun: Your team is off to a pretty good start. What do you credit that to?

Bella Steidle: I really think it was just, at the beginning of the year, pushing ourselves in practice. We have a good feeling that we’d be able to run the floor, obviously since we’re a guard-heavy team, that we’d be able to push the ball against teams and keep up our momentum. So I think that’s been something that’s contributed to our success so far.

The Sun: Expectations changed for what you think this team can do since season began?

Steidle: I knew coming into the season that it might take us a little bit to get into a groove. I wasn’t sure how it was going to go. But I definitely think by the way we’ve been playing and how hard we’ve been going in practice that, you never know what can happen. If we keep playing well, anything can happen for us.

The Sun: Any particular team you feel you need to get through?

The Sun: Just a team you feel you have to beat this season.

Steidle: I’m really looking forward to playing Hammonton again. We lost to them by only a couple of points last time and I feel like we should have won that game. That will probably be a good matchup, so that’s the one I’m looking forward to.

The Sun: I saw on the schedule there was no Gloucester Catholic. Is that a good thing or a bad thing?

The Sun: Was that a tough decision, deciding to transfer?

Steidle: It was a tough decision, especially after being there for two years. But it was pretty much the best thing for my family. But it sucks leaving my friends and my old coach.

The Sun: But basketball is basketball, so as long as you’re getting the opportunity here…

The Sun: Switching things up. We’re going to play a pickup game, all of the girls in South Jersey are there for a pickup game. And you have the first pick. Who are you picking?

Hbd to my best friend!!! No one else i would wanna spend these past 7 years away at tournaments with, luv u Bell and so thankful to have u by my side!!!!❤️❤️❤️ #dynamicduo @bella_runyan32

Steidle: She’s like my best friend. We’ve been playing AAU together for I think eight years now. We’re best friends.

The Sun: Say you’re not a captain. Where are you getting picked?

The Sun: Do you remember the first time you played basketball?

Steidle: I know I was really little, but I don’t remember the first time.

The Sun: Do you have any siblings?

Steidle: I have a sister who is in eighth grade (Emma) and a brother in sixth grade (J.D.).

The Sun: Are they also into basketball?

The Sun: Do you guys have a hoop in your backyard? Intense games going on?

Steidle: Oh yeah, especially with my mom (April Auer Steidle) and dad (Mike Steidle). They both played college basketball at Loyola. So they are both very competitive.

The Sun: If you and your mom squared off in a game of HORSE, who would win?

Steidle: I think, if it was a couple of years ago, maybe her. But I think now I’d probably win. [Laughs]

The Sun: You’ve polished your game in last couple of years.

The Sun: Who is your role model, do you have one?

Steidle: I’d say my mom. She’s always pushed me. And just whenever I’m tired or feeling lazy she’s always the one to motivate me, whether it’s going out shooting or push myself to go harder in a game, it’s always really been her.

The Sun: So both your parents played at Loyola (Md). Do you also want to go there to play?

Steidle: Um, yeah. I have an offer from there and it’s definitely an option for me. I also have some from Patriot League and Ivy Leagues teams and the Atlantic-10.

The Sun: Oh nice, it’s good to have options.

The Sun: That’s a good thing.

The Sun: You’re a junior, so what’s the timeline there for deciding?

Steidle: So I’m waiting on a couple of things, getting my testing scores from the ACT and SAT. But, I’m thinking about making my decision after this AAU season. So either by the end of this year or the beginning of next year.

The Sun: Do you have a favorite school subject?

The Sun: Do you have a favorite teacher?

Steidle: I don’t have a favorite teacher, I like all of my teachers.

The Sun: That’s a good answer.

Steidle: Not as of now, but my favorite series are “Grey’s Anatomy” and “One Tree Hill.”

The Sun: Do you have a favorite all-time movie?

Steidle: I’m not a big movie person, but I like things like “The Ride Along,” funny things. I’m not into scary movies.

Steidle: My walk-up song. Hmm, I’m going to have to think hard about this one. Probably … hmmm. This is a hard one. We were just listening to all of these songs on the bus ride here.

The Sun: You can pick more than one. 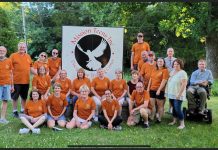 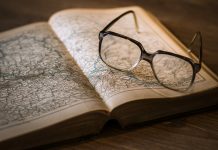 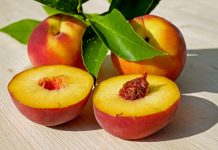