In giving a brief history of energy tax collection in New Jersey, Peters noted around the late 1960s, New Jersey’s various utility companies agreed to pay the state one lump sum for the right of way fees the companies had been previously been paying directly to each of New Jersey’s more than 500 municipalities.

The state was then to redistribute those fees to the municipalities, simplifying the payment process for the utility companies.

However, Peters said New Jersey’s municipalities immediately lost out on some funding when the state claimed a portion as an administrative fee, with the municipalities losing more as the years went on for various reasons.

“The ‘skimming,’ as I’ll politely call it, only got worse,” Peters said.

Eventually, the state created the ETR in the 1990s, which was designed to distribute the proper funding to municipalities. The law also included a provision where for each year after 2002, municipalities had to receive at least the amount of ETR funding they received for fiscal year 2002.

If municipalities were to receive less ETR funding, the state would lose its authority to collect those taxes.

To ensure that funding never dipped below 2002 levels, Peters said the state instead simply started reducing CMPTRA funding to municipalities, as CMPTRA funding had different rules than ETR funding.

Similar to ETR funding, CMPTRA funding included taxes that were once collected at the municipal level, such as the financial business tax, the business personal property tax replacement, the insurance franchise tax, the corporation business tax on banking corporations and more.

“Trenton politicians said ‘if you can’t get less, where can we still steal your money’…and they said ‘what we would have taken from your Energy Tax Receipt we’ll just take from your CMPTRA money,’” Peters explained. “This is Republicans and Democrats alike.”

Peters said his state constitutional amendment requires each program to be fully funded as intended, while restoring CMPTRA funding to the level it was at in 2009, before Gov. Chris Christie cut it in half, as well as adjusting for inflation.

While Evesham was just one stop in Peters’ 20-town, district-wide tour to present his proposal, Peters said Evesham was one of the towns he had visited so far to have lost the most in CMPTRA funding since 2009, with the township having not received $22.3 million.

If levels were restored to those of 2009, Peters said the township would receive about $1 million to its budget this year.

Peters also left a resolution with council that would show support for his amendment should council wish to pass it in the future. 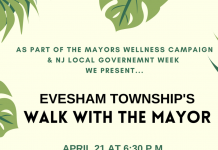 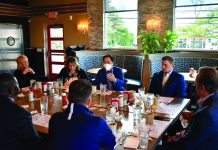 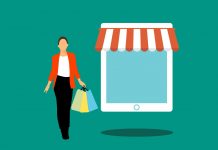