Szolack’s career is not one any child has ever dreamed of while meandering the avenues of adolescence.

A tall South Jersey boy, Szolack lived in Woodbury during his youth and grew up blocking shots and sinking free-throws on the basketball court. After playing ball in the 1970s at what was then called Glassboro State College — now Rowan University — Szolack found himself at the Spectrum in Philadelphia to see the Harlem Globetrotters.

With some networking and proven basketball talent, Szolack spent the 1974–75 season traveling the world as part of the Washington Generals — the exhibition team best known for its pre-planned losing streak to the Globetrotters.

He then pursued professional basketball in Europe. However, when that didn’t pan out, he began working as a bartender and bouncer — Wildwood in the summer, Fort Lauderdale in the winter.

In the midst of planning his future, a phone call altered the course of his life.

“It changed my whole life as it is today,” Szolack said.

“My mother was my best friend,” he said.

Returning to Florida after the funeral, the straight-laced bartender was offered a line of cocaine from a friend who said the drug would ease the pain he was going through for a week, maybe two. This pain, Szolack said, was unlike anything he’d experienced in the past.

“By the end of the seven years, I had run out of money and friends,” he said. “I was about to be tossed out into the gutter with no place to live and nothing to eat. That is when I said to myself, I better get a job.”

Loneliness and being close to penniless were strong motivation for Szolack to turn his life around. Within three years, he was making decent money and engaged to a woman named Carol. However, the drugs crept back into his life, causing him to take a hiatus from reality each weekend. His fiance left him, placing the ring back in his hand.

Three days later, without his mother to turn to, he found himself at his former fiance’s mother’s home, weeping.

That day, like the day his mother passed, changed his life significantly.

“I admitted I had a drug problem,” he said. “She didn’t give me a big lecture or yell at me. She gave me a hug.”

He gained help with his issue and the paramount thought during his recovering was, “I don’t want any kid to ever go through the pain and suffering I went through,” he said.

“Do Hugs, Not Drugs” was born and his relationship with Carol re-born. The couple has been married for 29 years.

Now known all over New Jersey and even in other parts of the country, Szolack has served as a motivational speaker at many schools, his efforts all coined under the above phrase. His first school appearance was in 1988 in Camden. Thirty years later, he continues to give his speech against drugs.

Szolack said his speeches are about more than just drugs and the long, dark path the substances can lead to.

“I talk truth and reality,” he said.

“I don’t care if your pet goldfish died. One thing leads to another,” he added.

For 16 years, he served as a drug counselor at Hammonton High School where he now teaches health and physical education — positions where he said he always makes himself available to his students if they need to talk.

Szolack began a basketball camp 17 years ago where he lends the same message.

“I want to put the fun back into sports,” he said.

“The most serious problems facing our kids today are drugs, alcohol, steroids and cigarettes,” the pamphlet for this camp reads.

“Drugs take over your mind, your body and your soul,” he said.

The camp is meant to be a place where kids can engage in physical activity and also learn lessons in discipline and motivation.

One of his favorite and what he claims to be most effective actions during his speeches is to take a basketball with the airstopper removed and squeeze it, and, as it deflates in his hands, say, “This is your brain on drugs.”

Noting he feels the pressure of “making a travel team” has become too dominant in youth athletics, he said his camp is a place where kids can enjoy the sport and learn from a person who made, at one point, a bad decision in life.

He said, “I tell kids, I was born with value and purpose and my life has promise and potential.”

Big Al’s next came is taking place at Pleasant Valley School July 30 to Aug. 3 and is open to boys and girls in grades fourth through 10th. For more information call 856–478–6030. 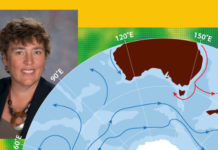 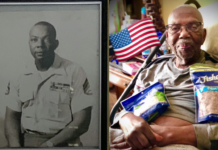 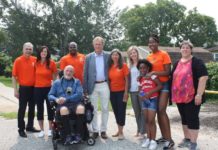