Check out what made headlines this week.

On May 22, a Berlin patrol officer observed a suspicious vehicle parked and occupied in the parking lot of Park Plaza after business hours. The officer observed a second vehicle in which an occupant from the first vehicle met. After a search was conducted of one of the vehicles, police found one handgun, a quantity of methamphetamine just shy of five ounces, approximately one ounce of marijuana, scales, approximately $25,000 in cash and more.

Sun Editorial: Adding more eyes and ears is the right move to help security at the shore

The New Jersey Office of Homeland Security and Preparedness will have a strong presence this summer through its “Secure the Shore” program.

For well more than a decade, senior citizens have been convening at the Marie Fleche Memorial Library for cards and conversation.The dedicated group, which draws attendees from across South Jersey, shows no sign of stopping.

The Pirates selected Eastern senior Jack Herman with their 30th round pick on Wednesday. 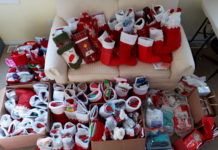 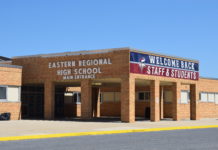 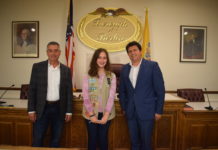