Martin Lacsamana won the Gloucester County Championships during the weekend of April 21 in dominating fashion and is establishing himself as a top player in South Jersey.

Even though he had been playing in United States Tennis Association tournaments since the age of 10 and entered high school with more experience than many players, he was hoping opponents around the region wouldn’t consider him much of a threat.

“I was trying to stay under the radar as long as I can,” he said with a laugh. “I guess that’s not happening anymore.”

Less than a month into his first high school season, Lacsamana is doing everything but fly under the radar. Lacsamana earned the first singles spot for Clearview in the preseason and has not lost a match as of April 25. He hit a new high point during the weekend of April 21, when he swept through the Gloucester County Championships without coming close to dropping a set. Lacsamana was so dominant, he won his semifinals and final match of the tournament without losing a game, winning both matches 6–0 6–0.

Lacsamana came to Clearview with a solid tennis background. His father, Nathaniel Lacsamana, played tennis on the national level in the Philippines and used his knowledge of the game to coach Martin. Martin started playing the sport at the age of 6, practicing with his father on Clearview’s courts.

Lacsamana brought a wealth of experience to the Pioneers’ program this spring with his strong tournament background. Lacsamana said playing against top competitors from around the region for years helped him prepare for the high school level.

“I try to play once every two weeks, USTA Tournaments,” Lacsamana said. “Last year, I got injured in my arm and had to take a break. I had to take my time to get my stamina up and my agility. But usually I play a lot.”

“He has something that I haven’t seen a lot of kids have. He actually has an approach to going out and playing a match,” Woolbert said. “He’s actually looking at a strategy, exploiting weaknesses.”

Lacsamana describes himself as primarily a baseline player. While he feels his forehand was always a strong point, it took years for him to master his serve. A couple years ago, he noticed his serve improved substantially.

“(Opponents) couldn’t hit the ball back,” he said. “I was proud of myself, because I didn’t see that big of an improvement until the scores showed up and you see the rankings.”

Lacsamana was excited to join a team at Clearview this spring and looked forward to supporting his teammates and contributing to the program. Being on Clearview is a completely different feeling than the tournaments Lacsamana plays outside of school.

“When you’re with teammates, everyone is supporting each other, whereas when you’re playing by yourself, you’re only supporting yourself,” he said. “It’s really fun to have teammates and cheer them on.”

Lacsamana has had no trouble becoming a part of the team as a freshman. Upon earning the first singles spot in the preseason, Lacsamana bonded with his older teammates and Woolbert began to see a leader emerge.

“He’s very mature,” Woolbert said. “He’s very well grounded. He’s the ultimate teammate. He supports people. The next three years for this program are going to be very interesting.”

Lacsamana has also dominated on the court. Despite facing the top player on other teams each match, he has had little trouble maintaining a perfect record. Lacsamana’s closest match so far this year came on April 11, when he defeated Williamstown High School senior Chris Hoban, 6–4 6–4, earning Clearview’s only win in the match.

“The two kids he beat on Sunday are very good players,” Woolbert said. “I could just see him elevate (his game). We had four matches prior to that tournament, and he’s been №1 the whole time.”

“When I showed up, I just felt good to start hitting and I was just in that groove,” Lacsamana said. “I’ve been focusing on the main factors of my tennis game. When that comes together, your plan, it works out pretty well.”

Lacsamana said he sets aside all of the attention and his undefeated run when he steps on the court. As well as he’s performed so far, he believes he can become an even better player.

“What’s past is in the past,” he said. “I just want to move forward and get better, because I still have a lot to learn.”

Woolbert is eager to see how good Lacsamana is in larger tournaments toward the end of the season, such as the South Jersey Interscholastic Championships in May.

“It’s going to be interesting to see how he’ll do in South Jersey,” Woolbert said. “It will be a good test for him.” 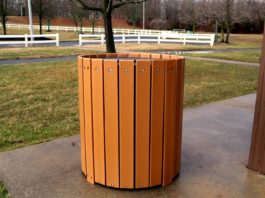 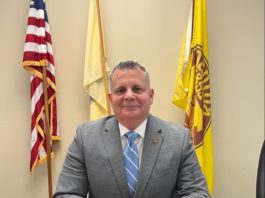