In 2013, a French Bulldog puppy with a cleft palate found his way into the arms of Lindsay Condefer. His name is Lentil Bean.

Every two hours for the first months of Lentil’s life, Condefer helped the puppy eat and drink through a tube until he was old and strong enough to undergo surgery.

During those months, Condefer logged the dog’s progress on Facebook on a page called My Name is Lentil. In one week, the page received more than 10,000 likes. The followers call themselves the beanstalkers; as a whole they are Team Lentil and support children with craniofacial differences all over the world.

Five years, 144,807 likes, and hundreds of visits to schools to educate children about kindness and acceptance later, Condefer, Lentil and the rest of their family are moving to a five-acre farm in Medford.

The farm will serve as the home to Lentil, Condefer, her partner Sean and their 2-year-old daughter Charlie, along with Poppy Seed (English Bulldog) and Sprout (chihuahua) both with craniofacial differences. All together, they are the Bean family.

Fond of Medford’s calm atmosphere and school district, the family is also excited to make the farm — the Bean Family Farm — a location to welcome beanstalkers, old, new and future, who wish to learn about animals and farming. Condefer is in the brainstorming stage for what future events will entail; however, what happens will revolve around the core message of caring for animals.

“It is important for kids to be around animals. I think animals give us a lot of love and they don’t judge you,” Condefer said, continuing to explain that by learning to care for animals, children learn about life and how to respect others.

In the months leading up to Lentil’s surgery, Condefer received multiple messages from parents around the world detailing how the support for this dog has encouraged their children with craniofacial differences, children who feel self-conscious and sometimes are even ridiculed for their physical features.

“Parents told me their kids with cleft palates could not believe how many people love this dog for the way he looks. … I realized this dog is an amazing bridge to educate children about kindness and acceptance,” she said.

Lentil’s journey has grown into a symbol of hope for many, and Condefer hopes the refurbishing of this Medford farm will allow people a space to continue to spread the message of inclusiveness.

The farm is old and in need of repairs. So, to help fund the building of structures for future farm animals and a family friendly place for people to visit, Condefer created a GoFundMe page. The goal was to raise $5,500, but in four days, the donations exceeded that number. As of March 7, one month after the launch of the page, the total is $9,043 and counting.

With the unexpected deluge of donations, she decided first to place plaques on the fence that surrounds the farm with the name and a message from each individual who donated $150. With that plan still in effect, Condefer decided she will attempt to include each person’s name, no matter the amount donated, in some fashion.

“It only feels right to have [the farm] surrounded by the love it was built from,” she said.

Speaking of the farm and Team Lentil as a whole, she said “None of this would have happened if I tried to plan it. It all happened organically, which makes it that much more beautiful. There is a reason for [Lentil].”

After a move to Philadelphia in 1997 from the Poconos, the place where she fell in love with open space and animals, Condefer dedicated herself to the care of animals serving as owner of a pet boutique to founding Street Tails Animal Rescue and working in the field of pet physical therapy.

Also a lover of French bulldogs, she is a longtime advocate for the French Bulldog Rescue Network, a volunteer-based organization dedicated to putting these dogs into the care of families.

The organization contacted Condefer about Lentil, knowing she was qualified to care for the cleft palate dog.

“He changed my life,” she said.

In the five years since Lentil’s birth, Condefer and Lentil have been invited to speak at schools in nearly every state about anti-bullying and the importance of kindness; she documents each event on the Facebook page.

The Facebook users who follow My Name is Lentil have created an online community that Condefer never imagined possible.

“There is so much love in that one page,” she said.

Because of the community-like atmosphere of My Name is Lentil, Kids’ Club was created. It is, in a sense, a group of people around the world who send birthday cards and other encouraging messages to children with craniofacial differences.

In 2017, Condefer learned of a young girl in Mississippi with a cleft palate whose birthday was around the corner. The girl is part of the Kids’ Club, and received a birthday card.

“Her mother wrote to me and said it meant the world to [her child]”….I thought, this girl needs to have a party,” Condefer said.

With the urge to give this little girl a memorable birthday, Condefer posted in the group asking if anyone near the girl’s hometown would be willing to help throw a party, a party Condefer and Lentil would also attend.

“People I have never met before started saying, ‘I’m on decorations,’ and ‘I’ll get the cake.’”

It was the first time those who follow the page engaged in a physical event, and since that late summer party in Mississippi, Condefer has kick-started and organized other like events.

“I hope that everyone on that page knows their little part is doing such a huge thing in this world for these kids,” she said.

Many individuals share the dates of their child’s surgery and the encouraging, heartwarming responses never cease to amaze Condefer.

“The kids wake up and can read these posts. The families can scroll through them during the surgery, they know the world is behind them.”

Condefer will post details about events at the farm once construction is complete. For more information about the GoFundMe page, visit www.gofundme.com/help-lentil-to-build-the-bff.

For more information about Lentil and other projects of the Bean family, visit www.mynameislentil.com. 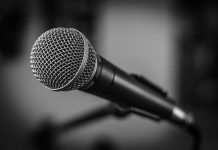