Female all-stars are getting ready to compete for the title of Carpenter Cup Champion.

More than 250 young women from the tri-state area will have the chance to play ball in front of college scouts at the Phillies Softball Carpenter Cup powered by ENGIE, which was set to begin Monday, June 19, and run through Thursday, June 22, at the Phillies MLB Urban Youth Academy Softball Fields at FDR Park.

Eastern Regional High School is represented at the tournament with sophomore Madison Guyer and junior Rachel Waro competing on the Olympic Colonial team.

Games begin at 9 a.m. each day and feature free admission and parking. The entrance to the softball fields is located on Pattison Avenue just off Broad Street.

This is the 13th year of the Phillies Softball Carpenter Cup, with Berks/Lancaster Lebanon winning last year’s tournament. 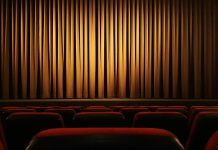