It’s not often one would say a cemetery was bustling with activity, but on the Saturday before Memorial Day, such was the case in Berlin.

Dozens of volunteers crisscrossed the historic Berlin Cemetery, carefully dusting off headstones while searching for the graves of veterans where, once discovered, they would place an American flag, the red, white and blue fabric waving proudly above the remains of heroes spanning centuries of service.

The flag placement, led by Berlin VFW Post 6253, was started in 1946, the same year the post was founded. Boy Scout Troop 48 is a longtime participant, and this year’s placement drew a number of other volunteers from the Berlin community and beyond.

The Berlin resident served with the Navy in Kuwait from 2004–2005 and Guantanamo Bay, Cuba, for six months in 2002. Krasovetz said the flag placement is about more than honoring veterans.

“It’s also great for young children,” he said, “to educate them on the actual meaning of Memorial Day.”

While Memorial Day is a day of honor and remembrance of those veterans who made the ultimate sacrifice, the flags on Saturday were placed on all veterans’ graves. As more than a thousand of these flags waved gently in the morning breeze, Troop 48 Scoutmaster Mike McCormick surveyed the scene, watching as his Scouts searched for graves to mark.

“You don’t realize just how many people served in the armed forces,” McCormick said. “With Boy Scouts being a service organization, it’s nice to look here and see how many people have given back.”

This message hit home with 15-year-old Boy Scout Magnus Pascu. As he walked through the cemetery alongside McCormick’s young son Abraham, the Sicklerville teen helped the 5-year-old place flags, reflecting on how grateful he was for the opportunity.

“I do it to honor the veterans who have fallen for us,” Magnus said. “They have given up so much for our freedom.”

In all, it took about 45 minutes to place about 1,500 flags at Berlin Cemetery. Volunteers included some from as far away as Lumberton, and others from around town, including Berlin Mayor James Bilella and his three sons — James, 16, Joseph, 13, and Jonathan, 9. Bilella said it is important to remember everyone who contributed in the armed forces, whether they made the ultimate sacrifice or returned home.

“All of their sacrifices are to ensure the freedoms we enjoy,” Bilella said, adding he believes there is a newfound appreciation of veterans among the younger generations. “The connection is back. It’s not just grandpa and great-grandpa (were veterans) anymore. It’s brothers, sisters, fathers, sons.” 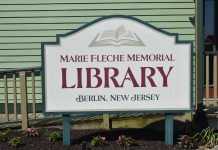 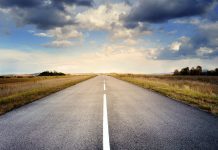 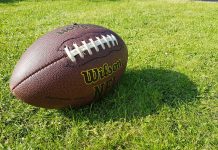