A beautiful refuge: inner beauty shines through as local Syrian refugee women are treated to a spa day for Mother’s Day

The normal hustle and bustle of a busy salon is notably not there. The room is quiet: there are no hair dryers blowing, no bubbly chitchat, no sinks running. Instead, there is a group of about 37 Syrian refugee women standing together anxiously.

Volunteers are setting up the salon around them. The space, a beauty school donated by Rizzieri Salon, is empty except for the refugees and volunteers from Fearless Beauty and Community SJP, two organizations collaborating to support Syrian refugee women with a special event in honor of Mother’s Day: a “Women’s Welcome Circle” to treat the women to complimentary haircuts and blowdrys.

In November, cardiologist Hafeza Shaikh walked into Cutler Salon in New York City to have her hair done. She sat down in senior stylist Heather Packer’s chair, and they quickly realized they had much more in common than they had thought.

Shaikh said one of the main goals of the event was to help normalize the refugees’ experience and to help them get out of the small communities they relocated to and out into a new environment.

“The salon is a way to bring that world together,” Shaikh said.

Shaikh is the co-founder of CommUNITY SJP, a non-profit organization based in New Jersey that provides resettlement assistance for refugee families in the South Jersey and Philadelphia regions. Packer is the founder of Fearless Beauty, a non-profit that empowers women by providing training in haircutting for impoverished women. The women recognized the opportunity to team up and coordinated the “Women’s Welcome Circle.”

Fearless Beauty sets to empower women through beauty, which is exactly what the aim of the Mother’s Day event was. Syrian refugees from all over New Jersey — Camden, Burlington, Middlesex and Union counties — gathered to try to reclaim some normalcy amid otherwise chaotic lives.

“In speaking with refugees, a common theme that emerged was longing for things they used to enjoy before the war,” Packer said. “These refugees had lives like many women in the United States. They remember what it’s like to have a day at the salon, to get pampered; my hope is that Fearless Beauty can play a small part in making them feel at home.”

More than a dozen professional hair stylists, many of whom work for celebrity stylist and salon owner Rodney Cutler in New York City, volunteered their time. Along with having their hair done, refugees also received gift bags packed with donated beauty supplies, including lotion, soap, shampoo, conditioner as well as toys and gift cards for the women’s children.

“They were really excited to just feel like women spending a day at the salon and just taking care of themselves,” Shaikh said.

Syrian refugees struggle to find women-only salons, as their culture does not permit them to remove their hijabs when men who aren’t family members are present. These salons exist in the United States, but they are difficult to find and access. Many Syrian women have to forgo the salon experience altogether, something many people take for granted, and instead resort to cutting their hair at home.

Giving up haircuts is not the only sacrifice these refugees have had to make.

One of the attendees, Mounera, has been a refugee for the past three years. She was forced to flee from Syria after a bomb struck her apartment building in 2014 and killed her three brothers. Her mom died shortly thereafter from heartbreak, according to Mounera. She fled with her family to Alexandria, Egypt, where they stayed for two years before relocating to the United States. Mounera, who now lives in New Jersey, was separated from her sister, who was placed in Albany, N.Y. CommUNITY recently provided Mounera and her family with a bus ticket so they could be reunited.

“Before the war, we lived in Syria in safety. Then, [we were] afraid all the time. No food, no water, no anything,” Mounera said.

Now, Mounera says she feels safe in the United States. She is learning English with the help of her sons, a friend and CommUNITY.

Back in Syria, Mounera was a teacher. She struggles to work here, though, because the language barrier makes it impossible for her to continue in her profession.

“In United States, the work is hard for me because I am old and my back is pain,” Mounera said. “I need to work to get the money to pay the rent for my home.”

She started working at a hotel changing and cleaning rooms and now she is cleaning hotels.

“You’re at a certain status, and to have everything taken away and start from the beginning is hard,” cofounder and board member of CommUNITY Fazia Janjua said.

Since 2014, Packer, founder of Fearless Beauty, has been traveling to India to train impoverished women to cut and style hair so they can make a living for themselves. She has graduated three classes of women so far, many of whom are working at salons full time, cutting hair out of their homes or styling hair for weddings.

“When I met Hafeza, it was just like this quick, hey, why don’t we just do this? Let’s put Fearless Beauty and CommUNITY together in the U.S.,” Packer said.

What started as a small idea quickly became tangible.

“I read the book ‘Lean In’ and asked myself, ‘what would I do if [I] weren’t afraid?’ I sat with the question, and the idea came,” Packer said. “One of the things that I love about it is it’s a nonprofit and I’m using what I already do.”

The organization is run by women who get to volunteer their skills from their full-time positions. Stylists, lawyers and publicists are among the volunteers.

The positive impact it had on the women was visible. At the beginning of the day, stylist Elena Tavarez noticed a 14-year-old girl who was more nervous than the rest of the women. The stylists made it a point to do her hair first to help her feel more comfortable. Immediately after she was finished, her demeanor changed. She was socializing and smiling, her beautiful hair dangling behind her.

“It feels like a bit of a release for the women,” Tavarez said. “We are all women who just want to feel beautiful and done, even if out in public you cover it up.”

Tavarez said that as a stylist, her job is to help her clients feel this experience is personal and not just clinical.

“We are all connected on a basic level,” she said. “Beauty is for yourself, not for the world. Even if no one else sees it, [the women] know they’ve had this day.”

Empathy is an important aspect to her approach to making the refugee women feel comfortable.

“In this time of heightened, unfounded fear of Islam, these women are being lumped in as scary, but refugees are in need of help, not hate,” Tavarez said.

This motivation, which is common to all the women involved, has been a driving force for Packer as she cultivated her foundation.

“People are people and women are women, and it doesn’t matter where in the world you come from or who you call your God or if you have a God, but everyone wants to connect,” Packer said. “Every single person wants to feel seen and heard and touched and connect, and I think that it’s our duty, our responsibility as human beings to do that for another person, even if it’s just one person.”

For more information about Fearless Beauty and CommUNITY, visit fearlessbeauty.org or facebook.com/CommUNITYSJP. 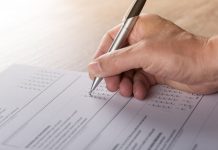 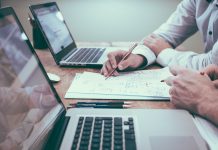