The FBI returned the painting, stolen 40 years ago, to the Grant family on Friday

The Federal Bureau of Investigation returned a Norman Rockwell original painting stolen in a 1976 Cherry Hill home burglary to the rightful owners, the Grant family, on Friday.

The 1919 painting, known by three different titles, “Taking a Break,” “Lazybones” and “Boy Asleep with Hoe,” was recovered by the FBI with the cooperation of an anonymous individual who realized he had the painting after seeing an announcement in the media that it was being searched for.

According to Louis Lappen, the acting U. S. attorney for the eastern district of Pennsylvania, the individual who returned the painting was an antique dealer who thought he had just a copy of the Rockwell painting. Unable to sell it for a few hundred dollars, the dealer hung it on his kitchen wall where it remained for the past 40 years after it was stolen.

“He anonymously disclosed the fact that he had this painting and allowed these agencies, our office, to uncover the painting and return it to its rightful owner,” Lappen said. “Our debt of gratitude goes out to this citizen and the exemplary of citizens who help us every day in all of our investigations.”

Robert Grant, the late father of the family members receiving the painting, obtained the piece of art in the 1950s. According to Lappen, while playing billiards, Grant drew his cue pole back and accidentally put a hole into the painting, resulting in his purchase of the Rockwell piece for approximately $100.

One of Rockwell’s masterpieces, “Saying Grace,” sold at auction for $46 million in 2013.

“It was a break it, you buy it type of moment, and I think whether it was $50 or $100, that very well could have been the best mistake of Mr. Grant’s life,” FBI Special Agent Jake Archer said.

The Grant family and their painting moved to Cherry Hill in 1971 from Valley Forge, Pa. Five years later, there was a burglary in the residence and the art was stolen from the wall. According to Archer, the Cherry Hill Police Department investigated the incident, however, the case went cold. In 2003, the Grant family enlisted the help of retired Special Agent Robert Bazin, the first to ever work in art crime in the Philadelphia Division for the FBI, to help recover the painting that had been missing for so long.

“This is incredibly difficult when the piece has been missing since 1976,” Archer said. “We tried understanding who may have taken it, what little facts we could glean from the investigation, and we were striking out left and right. It just wasn’t working.”

The FBI released a media announcement that law enforcement and the family were in search of the painting, hoping to get a tip or two from citizens. It was then that the individual, who remains anonymous, realized he had the original Rockwell piece.

“This was on the Grant family wall, and at least for the Art Crime Team, this was one of those great moments for everybody involved in the case,” Archer said. “They loved this piece and it was taken from their wall. Here today, hopefully we can give that back and fill that void that’s been missing for 40 years.”

To recover the painting and ensure it was the family’s original, Archer said the FBI recruited the help and assistance of the FBI Philadelphia Division’s Evidence Response Team, Philadelphia’s Barnes Foundation, Christie’s, in New York, and the Norman Rockwell Museum, in Stockbridge, Mass.

“It’s not often that we get to find a piece that’s been missing for so long, this is truly remarkable,” said Timothy Carpenter, supervisory special agent with the FBI’s Art Crime Team. “When a piece goes missing for 40 years, it’s truly a pleasure that we are able to locate that and return it to the family where it rightfully belongs.”

“Our family has waited 40 years to be reunited with this very special painting,” Marybeth Grant, a family member, said. “He (Grant) had no idea at the time that Rockwell would become one of America’s favorite, favorite artists. He truly loved this painting and was very sad when it was stolen. Now it’s been returned, and I can see that he is probably smiling down on us right now.”

According to Archer, the FBI was able to work on a composite of someone who may be responsible for taking the Rockwell painting, however further information was not released to the public. 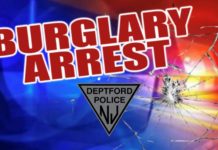 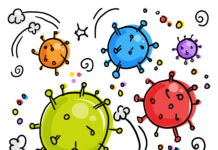