Also, the police discuss policy, procedure when someone is reported as missing

Robert “Boots” Nocille was celebrated at a fundraising benefit on Feb. 10, and will receive a kidney transplant this spring, while The Puppy Stop & Adopt reflected on the first batch of rescued puppies received this month. With three local missing persons reported within eight days, the Washington Township Police Department thanked the public for assistance and tips. Check out some of the top stories from the past week in the Weekly Roundup.

Robert “Boots” Nocille was diagnosed with polycystic kidney disease seven years ago, a disease that has effected five generations in his family. On Feb. 10, friends and family came together to raise money and celebrate Nocille as he will be receiving a kidney transplant this April. Deanna Ensign, who’s daughter was coached by Nocille in soccer, will be donating her left kidney.

‘All hands on deck’ during missing persons investigations

After three individuals were reported as missing within an eight-day span, Washington Township Police Department discussed the policy and procedure that takes place to find them. Officials said the volume of missing persons was unusual, and most likely a coincidence. Chief Patrick Gurcsik said the efforts in finding a missing person is an “all hands on deck” attempt.

The Puppy Stop has successful start as adoption center

Mark Harnish recently converted The Puppy Stop in Turnersville to an adoption center, only taking in dogs from rescues and shelters. A township ordinance passed in the fall of last year required the change be made. After the first batch of 20 rescue dogs arrived earlier this month, 17 were adopted within the first two weeks.

Love is in the lunchtime air

On Tuesday, Feb. 14, the Washington Township High School Orchestra serenaded students, faculty and staff with love songs for Valentine’s Day. As part of their Music-Gram fundraiser, orchestra students surprised recipients with a rendition of one of four songs, and gifted them with a bag of Valentine candy and a message from their admirer.

Washington Township High School was the winner of the 21st Annual Gloucester County Consumer Bowl held on Feb. 13. The team proved their knowledge in consumer information and rights in the marketplace, challenging students from Glassboro, Deptford and Gateway high schools. The five-person team will move forward to regionals in April. 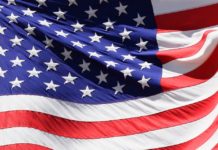 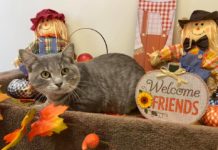 Gloucester County Animal Shelter has the purr-fect pet for you