Dayton was Collingswood High School’s MVP in field hockey for two years, basketball and lacrosse. An All-State hockey player, she was the Field Hockey Club of South Jersey’s High School Defensive Player of the Year, the Inquirer’s Field Hockey Player of the Year, and twice an All-South Jersey first team selection. In lacrosse, she was an honorable mention All-American, All-South Jersey first team player, and scored 100 points her senior year, 173 total goals. She also lettered in basketball.

Dayton received the Howard T. Irvine Memorial Award, the Beatrice Markwick Memorial Scholarship Award, and was the first female recipient of the John Sohanchak Memorial Award. She extended her career at Ohio State University, where she earned a master’s degree in physical education and a bachelor of science in education. While an undergraduate at OSU, she was a four-year varsity letter winner and three-time regional All-American. Dayton currently ranks as the third-leading career goal scorer with 53 and fourth-leading points scorer with 110 at Ohio State.

She was named Athletic Director at Moorestown Friends School in 2006. She is also the Head Coach of the Field Hockey team. In 2007, Dayton led the Foxes to the school’s first Friends Schools League field hockey championship since 1985. The team also appeared in the FSL final in 2010–2011. Her team hosts an FSL semifinal on Saturday vs. Shipley.

Before coming to MFS, she served as a health/physical education teacher and coach at Collingswood High School and as Assistant Athletic Director at Columbus School for Girls in Columbus, Ohio, where she had previously been a health/PE teacher. She also taught PE and coached at the Hockaday School in Dallas, Texas. She was an assistant field hockey and lacrosse coach at Ohio Wesleyan University and served as a student assistant coach at Ohio State. 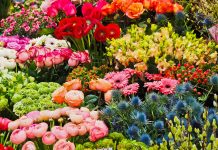