To help student athletes share their most exciting moments with the ones they love no matter the distance, Moorestown High School has joined the National Federation of State High School Associations Network for the 2016–2017 school year.

The NFHS Network is designed to celebrate and showcase the unique accomplishments of student athletes and student broadcasters, camera crew and editors working the productions. A joint venture among NFHS, its member states associations and PlayOn! Sports, the network provides coverage of 27 sports and seeks to capture the passion, pride and energy of the high school experience.

“We’re a very successful sports program, and this is a service we can provide to parents, family and alumni who have an affinity for the high school and who like to follow these teams but can’t necessarily attend all contests,” Neil Rosa, MA, CAA, director of athletics at MHS, said. “It awards the parents the opportunity to watch their kids play by signing on as a subscriber.”

While the program is capable of featuring state playoff and championship events for the 34 state members of the NFHS Network, the service will also be utilized more specifically by MHS to air other school-based activities from prom, plays, concerts, Board of Education meetings and more.

“It is on the cutting edge of what’s happening to high school sports with media coverage, so it helps our students by giving them more exposure,” Rosa said. “It also helps supplement the budget of the athletic department in that it’s a subscriber program and a percentage comes back to the athletic program.”

Rosa also explained that with media programming becoming a new class offered at MHS for the first time this year, the broadcasting program will additionally provide students with real-life experience in the field. The athletic director also predicts that this exposure will open up a variety of potential career opportunities to students while giving them something to add to their resumes.

Although the high school is excited to get the program underway, it expects a slow start — picking and choosing which games to broadcast while getting the program up on its feet. The immediate success of the network will largely be determined by how many students are willing and wanting to participate, rather than dropping the project all in one person’s lap.

While the school certainly wants to cover as many of the main events as possible, the official broadcast schedule has not yet been determined. While it is certain that junior varsity teams will not receive coverage this year, it is possible this may change a couple of years down the road, providing more all-inclusive coverage.

“I don’t think the network will ever have much of a negative impact on our live audience attendance,” Rosa said. “In my eyes, I don’t believe people will ever want to just sit at home because they can watch a game on the web instead.”

To subscribe to MHS’s broadcast network visit: www.nfhsnetwork.com/schools/moorestown-high-school-moorestown-nj. A monthly pass will cost subscribers $14.95, whereas a seasonal pass is $50 for four months and an annual pass is priced at $75 for the year. An annual pass will automatically renew in a year from time of purchase unless cancelled 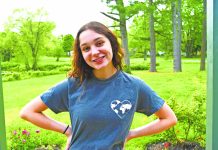 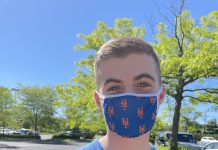