Swimming has always been a part of Jamie Platt’s life.

The Cherry Hill native had competed for Woodcrest and Barclay Farm swim clubs, Burlington and Camden County YMCA, Cherry Hill High School East and Susquehanna University for more than a decade. In that time, she was part of a record-setting relay team at the Cherry Bowl in 2001 and a sectional championship team with Cherry Hill East in 2009.

So when Platt’s college swimming career ended after her sophomore year due to an injury, Platt wanted to find a way to stay involved in the sport.

“Being involved with swimming at the age of 4, I couldn’t just give up swimming,” she said. “So I stayed on as a team manager.”

Just five years later, Platt is back in South Jersey and is ready to coach one of the strongest swim clubs in the Tri County Swimming Pool Association.

Sunnybrook Swim Club in Moorestown recently hired Platt to take over as head coach of its competitive swim team. Platt will officially take over when preparation for next summer’s season begins in May.

Platt can’t remember a time she didn’t spend either in or around a pool. She began swimming at the age of 4 and soon after was competing for the Woodcrest Swim Club in Cherry Hill and for the Camden County YMCA.

Platt continued to swim in high school, competing in freestyle and individual medley races for the Cougars. She would attend Susquehanna, where she switched roles from swimming to coaching in her junior year.

Platt quickly developed a passion for coaching. One of her favorite parts of working at Susquehanna was recruiting and keeping track of high school swimmers.

“I would filter through and file and read up on them,” Platt said. “I developed such a passion through that. It was interesting to see what other kids were doing and how they developed.”

“Susquehanna was a fantastic program,” Platt added. “When I got there, we never won a conference championship meet. By the time I left, we had won three.”

Platt loved coaching so much, she decided to take a job at home. In 2012, she began coaching at Woodstream Swim Club in Marlton, a position she held for two seasons. Shortly after graduating from Susquehanna in 2013, Platt got a job as an assistant coach for Juniata College’s women’s swimming team in Huntington, Pa.

After just one season at Juniata, however, Platt wanted to return to South Jersey.

“I had to come home,” she said. “My grandfather was sick and I wanted to be home with my family.”

Platt returned to Cherry Hill, landing a teaching job at Rosa International Middle School. She enjoys her position at Rosa and said teaching made her want to continue coaching at the youth level.

“It was then that I realized I loved this age group,” Platt said.

Shortly after returning to South Jersey, Platt took the head coaching job at Downs Farm Swim Club in Cherry Hill. Then, in 2015, Platt took a second job when she was hired as the head coach for the YMCA of Burlington and Camden Counties Phoenix Junior I Group. She was hired after connecting with Chris Brookover, the YMCA’s competitive swim director and a fellow Cherry Hill resident.

Similar to her experience at Susquehanna, Platt said she has learned a lot from Brookover about building a program.

“I have never worked with anyone who loves swimming like he loves swimming,” Platt said. “He’s really built a program that’s kid-centered.”

When the head coaching job at Sunnybrook opened, Platt was unsure if she should apply. However, she credits Brookover with giving her the extra motivation to go for the job.

“When the position opened up, it was Chris who said I would be good in that position,” Platt said. “The more I thought about it, I thought why not?”

“Anyone who said they weren’t a bit nervous would by lying,” Platt said. “It’s a good program, and they’re moving up from B Division to A Division. “

Despite the high expectations, Platt said she’s excited to coach at Sunnybrook. She plans to take what she has learned at her previous jobs to further strengthen Sunnybrook.

“Being able to have a team that’s large, that wants to be competitive and wants to be like a family is the thing I’m most excited about this summer,” she said. 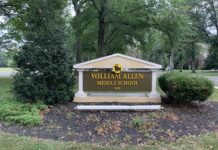 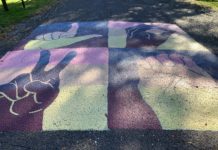 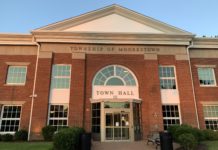