There will soon be a new bus stop in the Lenola section of Moorestown.

At its meeting on Monday, Aug. 31, Moorestown Township Council unanimously approved an ordinance on second reading for a bus stop on Camden Avenue.

Council approved a bus stop and installment of a bus stop sign to be put in on Camden Avenue on the north side. The bus stop was per a recommendation from the Lenola Advisory Committee. Mayor Victoria Napolitano felt it fits with proposed improvements and work in Lenola.

According to the ordinance, the location will be on the north side of Camden Avenue, near Garfield Avenue, beginning at the prolongation of the easterly curb line of Garfield Avenue and extending 105 feet easterly.

Also that night, council approved an ordinance on first reading for preliminary engineering and design expenses for the reconstruction of the hockey rink at Wesley Bishop Park. The ordinance calls for the township to appropriate $100,000 and authorize the issuance of $95,000 in bonds or notes.

The hockey rink is in need of an update because the terrain under the rink has some issues and the township must take out the entire rink to rebuild it.

The township received a $250,000 grant from the county, and the Moorestown Youth Street Hockey Association gave the township a signed agreement for a financial contribution toward the project as well.

At a June council meeting, Township Manager Scott Carew mentioned that the Jeff Young Memorial Park hockey rink, which was demolished last year, could be put back into commission and a portion of the Wesley Bishop Park dasher boards could be used for that purpose.

At this meeting, Scott Taylor, the township’s landscape architect and vice president of Taylor Design Group, proposed recycling the hockey rink frame at Wesley Bishop Park, which will be removed, and relocating that to the rink at Jeff Young Memorial Park.

The rink at Jeff Young Park is smaller than the Wesley Bishop Park rink, however the frame should still be able to be used.

However, the dasher boards would have to be replaced.

By using the frame, it would reduce the money needed for the Jeff Young Memorial Park hockey rink.

Carew said he believes construction at the Wesley Bishop Park rink will start after winter.

The second reading of the ordinance and public hearing on the matter will be at the next Township Council meeting, scheduled to be held at Town Hall on Sept. 21 at 7:30 p.m. 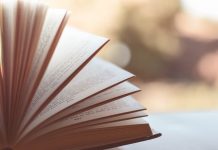 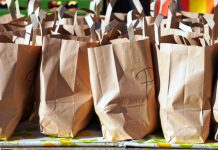 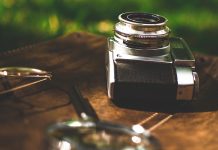