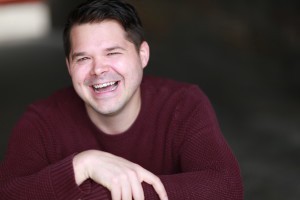 Moorestown has produced a lot of talented individuals. Most recently is Chris Newcomer, an actor who recently performs in a Tony Awards-nominated Broadway show.

The Moorestown High School alumnus and son of Councilman Greg Newcomer, Chris performs in “The Visit,” a musical featuring Chita Rivera, which was nominated for five Tony Awards. Unfortunately, the show did not win awards and the show will be closed on Sunday, this seems like just the start of Newcomer’s opera and musical theatre career.

Newcomer grew up loving musical theater, as it was in his genes. His mother plays piano, his brother plays the trombone and his father loves to sing like Frank Sinatra. He got involved in theater when he was a child at his church in Cherry Hill and continued throughout high school performing with MHS and MoorArts, which gave him a scholarship to pursue his dream.

One of Newcomer’s biggest influences was getting to work with Jeanne Haynes at MHS. She gave him opportunities to perform big roles at a young age and instilled in him the work ethic required to really make those roles shine.

“She has since come to each Broadway show I’ve been in, and that has been amazing to have her see me carry her legacy through to adulthood,” Newcomer said.

At college, Newcomer earned a bachelor’s in vocal performance from Mason Gross Conservatory at Rutgers and a master’s in opera performance from the Opera Studio at the University of Maryland. He started performing professionally as an opera singer out of college, and in the last four years started to get back into musical theater as well. His first big opera role was Xerxes at the University of Maryland, and his first big theater role was playing Mary Sunshine in “Chicago” on Broadway.

For his role in “The Visit,” it almost didn’t happen as he was on the road with “Chicago” and his contract conflicted with the schedule. Luckily, they found a replacement and Newcomer was able to be a part of “The Visit.”

“The Visit” is a musical based on Friedrich Durrenmatt’s satirical Swiss play by the same name. It is the story of the richest woman in the world who returns to her destitute hometown offering financial assistance at what turns out to be a terrible price. It starred Rivera and was the last collaboration between John Kander and the late Fred Ebb, who wrote “Chicago,” “Cabaret,” “Kiss of the Spiderwoman” and more. Newcomer played Jacob Chicken, a 70-year-old blind eunuch.

“The whole cast is amazing, but the best part for me has been working with Chita Rivera. She is a legend and is also one of the most genuine and giving artists I have ever known. She also loves to laugh, just like me, so we have a blast backstage,” Newcomer said.

“To be recognized by our theater community in that way is a very special thing. When I got to perform on the Tonys, that was one of the greatest highs of my life. Performing alongside Chita on one of the most visible platforms our artform has to offer was mind blowing,” Newcomer said.

Unfortunately, “The Visit” didn’t win any Tony Awards. To learn that they didn’t win was heart-breaking for Newcomer. Another sad event was after the Tony Awards it was announced that “The Visit” is closing on Sunday, June 14.

“Sadly that is the rollercoaster that is show business,” Newcomer said.

However, Newcomer is not completely downtrodden. He is hopeful people enjoyed the show while it lasted. Also, he is looking forward to continuing to do “beautiful thoughtful productions like this one.”

See Newcomer in his final shows with “The Visit” before it is too late. For tickets go to thevisitmusical.com.

To learn more and keep up with Newcomer visit his blog and website chrisnewcomer.com.