At the April 13 meeting of the Voorhees Township Committee, several bond ordinances were introduced, totaling just more than $3.7 million.

According to Township Administrator Larry Spellman, the varying nature of the items and projects being bonded required the use of several separate bond ordinances rather than a singular, larger ordinance that would include everything.

Spellman said the township was in good shape financially with its bonding, and all the projects came in conjunction with the recently passed 2015 municipal budget that required no increase in municipal taxes.

One of the larger bond ordinances introduced was for nearly $1.4 million for the township’s five-year road program and the construction and restoration of various roads in the township, including milling and resurfacing and replacement of various streetlights.

Another of the larger bond ordinances introduced was for $1.45 million in relation to the purchase of vehicles and equipment for the township.

The bond includes money for six police cars, a passenger bus for senior citizen transportation, a dump truck with snow removal equipment and a street sweeper for the road department, a compressed natural gas trash truck for the sanitation department, and a diesel mower with infield attachments for the parks department.

An additional ordinance of $420,000 was also introduced for sewer improvements, specifically for reconstruction of pumps at the Main Street and Evergreen pump stations, reconstruction of township sewer lines, sewer system mapping and evaluation and acquisition or alarm monitoring systems and specialty tools for the sewer utility.

Regarding a $343,000 bond ordinance introduced for improvements to the township’s buildings and grounds, Spellman said specific improvements include grading and drainage improvements to Connolly Park and Rabinowitz Field to deal with issues of pooling water.

The smallest bond ordinance introduced was for $105,000 for traffic signal installation and repair. According to Spellman, the township spends about $20,000 annually repairing traffic signals, so about every five years the township bonds about $100,000 to create a fund to draw from when making these repairs.

• Committee reconfirmed the tax rate for the Municipal Open Space, Recreation, Farmland and Historic Preservation Trust Fund at $.02 per $100 of assessed valuation. The rate is unchanged from the previous year.

• Committee approved a developer’s agreement with Samaritan Healthcare. The Marlton-based health-care and hospice organization is scheduled to build the area’s first free-standing, inpatient hospice facility in Voorhees off Route 73 sometime in 2016.

• Committee approved the appointment of Anthony Russo to the position of police sergeant.

• The next meeting of the Voorhees Township Committee is scheduled for April 27. 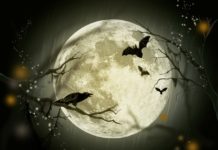