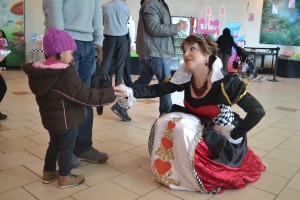 There were many “un-birthdays” at the Voorhees Town Center on March 25 when the center hosted an “Alice in Wonderland” themed Mad Hatter Tea Party. 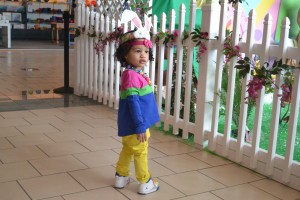 Lisa Milideo, assistant marketing director for Voorhees Town Center, was on hand at the event, dressed as the novel’s character, the Red Queen.

As the event took place, Milideo and several other Town Center employees dressed as “Alice in Wonderland” characters and wandered throughout the event, talking to children, directing families and posing for photos.

Milideo said the Town Center was happy to provide community events such as the Mad Hatter tea party. 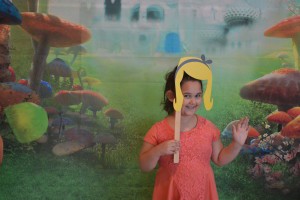 “I think the community at large was delighted,” Milideo said. “You could feel the positive energy through the event and the mall. It gives our retailers and restaurants the opportunity to show the personal service available at Voorhees Town Center.”

In addition to several Town Center businesses providing food and activities for the event, also on hand were representatives from other community organizations, such as the Voorhees Animal Orphanage, which brought some “Cheshire Cats” for kids to see. 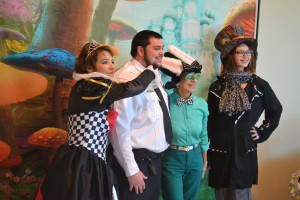 Judy Mitchell of the VAO said in addition to hopefully collecting some donations for the orphanage, the event was also a good way to get a few cats out of the shelter for some time while also entertaining some children.

“They (kids) love them and the cats are very friendly and they’d be good with anybody, so we’re just hoping to get them their forever home,” Mitchell said. “It’s good for them, get them out of the shelter and get them some exposure.” 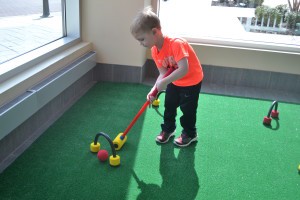 Parent Nikki Little attended the event with her 2-year-old son Chase. Little said she heard about the event from her sister who saw it advertised on the Internet, and after having attended, she thought it was great.

“I just thought the whole event was cute,” Little said. “It was great for little kids and their moms, and it’s an awesome idea. I wish they had something like that when I was younger.”

Little said her son enjoyed the event as well. 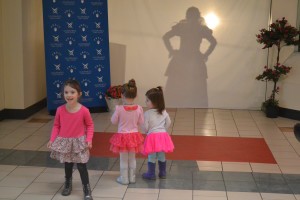 “He really liked being able to make his own cupcake, and the fact that the Easter Bunny was here tied it together and he just had a blast,” Little said.

Elhadji Cisse said his 2-and-1/2-year-old daughter Awa really enjoyed making her own cupcake, and with the free food and drinks for families, they both “definitely” enjoyed the event.

“I think it’s cool,” Cisse said. “I like the energy inside, lots of kids and families. Good vibe for sure.” 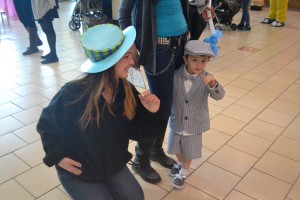 Cisse and his daughter were also two of the many visitors Milideo was able to interact with as the Red Queen, and she said having so many people attend the event was part of the community support that makes Voorhees Town Center successful.

“With community support, the Town Center will continue to succeed and stay a part of the community,” Milideo said.