Vote them out office — all of them. That seems like an appropriate response to the federal government shutdown that began the first day of October and, as of this writing, was still in effect.

It’s pathetic. It truly is. We the people of the United States of America voted these people into Congress to represent our best interests. But in the name of their political party, and not in the name of those who they represent, they have failed to reach agreements to balance the nation’s budget and decided to shut down.

As a result, more than 2 million federal workers will see their paychecks delayed, and it’s possible that 800,000 of those people might never get repaid. That is because, of course, as is typical with our government, the politicians aren’t affected by their own decisions, while those whom they represent must bear the brunt of it all.

A government “shutdown” in reality isn’t a complete closing of doors. By law, certain agencies must operate with unsalaried employees. That includes agencies that deal with national security and also those that manage benefits such as Social Security payments. So, in effect, these people are forced to work, with no pay, just because the politicians whom they chose to represent them are deciding to play party politics instead of coming to an agreement for the good of the people.

This is just one example of how the shutdown affects these politicians’ constituents. The longer it drags on, the worse it will get. Veterans may not receive benefits. The Centers for Disease Control and Prevention will halt its flu program, right as flu season begins. Small business financing could be seriously damaged. And the list goes on.

Politicians nowadays don’t seem to care about what’s good for the people. They only care about their own party line — whether it be Republican, Democrat, Tea Party or otherwise. That’s sad, and it negatively affects all of us.

This partisan political culture we live in needs to stop.

Library fundraiser asks, ‘What’s It Worth?’ 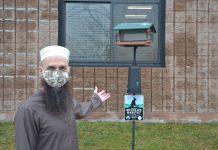