Public speaker Matt Goldberg, Cherry Hill resident and Toastmaster, will move on to the fourth round of an international speech contest on May 18.

Toastmasters is an international organization that trains members to become better speakers and leaders, Goldberg said.
The 89-year-old organization has 280,000 members and 13,500 clubs.

Goldberg is president of the Voorhees Toastmasters Club, which meets monthly. The Voorhees chapter is included in District 38 with 150 additional clubs, which includes the areas of Central and South Jersey to Central Pennsylvania, according to Goldberg.

Toastmasters participate in four main competitions per year, two in the fall and two in the spring.

“This is the one competition where they crown the so-called ‘world champion’ of public speaking,” Goldberg said.

Goldberg won the club, area and division levels of the competition to move on to the district conference. According to Goldberg, he will be contending against five other winners in the district.

Goldberg, an author and humorist, became involved in the Voorhees chapter three and a half years ago.

When members join, they are given two manuals and a mentor.

“We get people who get knock-kneed just giving 30-second speeches and others who want to go on to be professional speakers,” Goldberg said. “No one should be intimidated by competitions because not everyone takes part. But maybe they have to literally give a toast, if you’re a best man or maid of honor. The manual gives tips.”

According to Goldberg, members 18 years and older are welcomed from all walks of life.

Goldberg has spoken in front of crowds 25 or more times, and despite the practice, he still gets butterflies before competitions.

He says to remember three main objectives when preparing a speech: the message, information and entertainment.

“Not each and every speech has a message, but they all have some sort of message component,” Goldberg said.

In addition, outline the speech and don’t give every single speech seriously.

He maintains a blog and has published three books focusing on the English language and playing on words, Philadelphia sports teams and a book of essays.

“I enjoy the company of people who can communicate both with precision and with creativity,” Goldberg said. 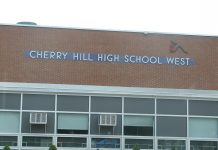