A new Medford Township Council member was sworn in at a recent council meeting.

“I’m honored and humbled and I’m ready to work for Medford,” Beenstock said.

He was on the blue ribbon committee that advised council against pursuing the Medford Crossings project and was president of the homeowners’ association in Medford Chase.

Beenstock has been a resident of Medford for 12 years.

“I’m a very deliberative person and I will study all of the issues hard and work to do what’s in the best interest of the residents of the township,” he said, noting the budget is the number one priority.

“I think I’ll probably spend time observing and trying to get up to speed very quickly,” Beenstock said.

“However, as I understand the vacancy law and based on the timing of the resignation and appointment, there will be a special election next November to fill the unexpired term from that point until the term officially expires,” Schultz said.

Beenstock’s name was submitted to the council along with those of Jack Hartwig and Chuck Watson by the local Republican municipal committee, which chose the three from a field of 12.

James “Randy” Pace, who was also officially sworn in at the meeting, was visibly disappointed. He supported Hartwig and voted against Beenstock.

Temporary Mayor Bob Martin and council member Dominic Grosso voted for Beenstock. With Brown out and Chris Myers’ resignation there were only three people on council.

“It’s good to see the impact of having so many residents apply for the position,” Buoni said. “Clearly, Medford is in a mood to start rebuilding its future.”

He said Beenstock is “impressive.

“In the conversations I have had with him, he has been cordial, intelligent and has demonstrated thoughtfulness in his replies to difficult questions I posed to him,” Buoni said. “The testimonies from his neighbors and peers also lead me to believe he will do a fine job representing the people of Medford.”

While he said there is room for improvement, Buoni noted the selection process is a first step towards fairness and transparency.

“I think it’s clear Medford is headed in the right direction,” he said. “I’m hopeful the Republican Committee will follow the same process in naming Chris Myers’ replacement.”

Resident Terri Palmer said she had never seen this before and has been attending meetings for years.

“I think it was wrong,” Palmer said of the selection process because she believes that at least one of the councilors already had his mind made up.

“It was moot,” she said. “The political powers that be are still running the show.”

Former councilwoman Victoria Fay, who was removed from council earlier this year, is pleased.

“I am very disappointed, there was a rush to judgment against me because I represented transparency that these guys were deathly afraid of,” Fay said. “Now the same body who spent more time worrying about me, than controlling taxes and spending in Medford has resigned or been defeated.”

Fay, who got the boot for apparently violating the township’s residency requirements, has maintained she was temporarily housed outside the township because of a pending divorce.

“It’s nice to see that good sometimes wins, even in politics,” she said. 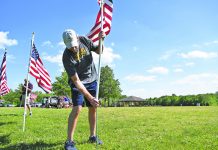 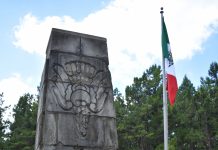