The time-honored rivalry. The rag-tag team of underdogs. A hope and a prayer.

And against all odds, with 4 seconds left on the clock, the third-string quarterback miraculously lobs a pass that somehow reaches the end zone, just enough to put the slumping team over the top. The crowd erupts in joyful cheering, flooding the field and hoisting up the quarterback like he’s king of the world.

That’s how it always is.

Or at least that’s what cheesy football movies and intoxicating feel-good shows like The Wonder Years have taught me to believe. But hey, I never played football. What do I know anyway?

Well, here in South Jersey, football coaches and players seem to be taking things a little more seriously. After all, they’ve got records to maintain and devoted fans to please.

Every year, at the end of November, many football teams find respite from grueling it out on the gridiron. For just one game, players and coaches forget about their regular-season records.

No, believe me, they still take the game seriously. After all, bragging rights are at stake here.

So let’s take a look at some of the rivalries around the region. Warning: Some rivalries may be hotter than that Thanksgiving bird in the oven you’re about to shovel down. (I know, sorry, that was one fowl joke.)

This is the 140th meeting between the Cumberland County schools, a series that dates back to 1893. And yes, they kept score in the 1800s.

“The early records are a little sketchy — we’re talking about a series that likely began with some sons of Civil War veterans, remember — but Millville is believed to have won the first game, 14–0, in 1893,” the Philadelphia Inquirer’s Phil Anastasia wrote last year.

The Inquirer also reports that the game is the oldest rivalry involving two New Jersey schools. Vineland leads the way with a 63–56–19 record.

You probably don’t remember the score from the initial outing, that is unless you’re 109 years old. By the way, Haddonfield won, 12–0.

For more than a century, the neighborhood competition has heated up on Thanksgiving, giving generation after generation a game to enjoy together.

Haddonfield leads Heights in total wins, with a 55–41–6 record. The Bulldawgs are hoping to keep their eight-game winning streak alive on Thanksgiving.

DeLano doesn’t call the game a rivalry. That’s too negative he said. In this game, both teams bring their heart and their game.

“They throw the records out the window and play for pride,” DeLano said. “And the players go above and beyond.”

The oldest rivalry in Burlington County, this football rivalry began in 1909.

“Burlington City and Palmyra lay claim to the oldest rivalry in Burlington County and one of the longest in South Jersey. When the Blue Devils of Burlington City locked horns with the Red Devils of Palmyra in 1909, it was undoubtedly one hell of a battle. And there have certainly been some hotly-contested games since then,” said Tom Vandegrift of South Jersey Magazine.

Let’s see what the Cougars and Lions can do under the lights, since the two teams have traditionally squared off on Thanksgiving Day.

This will be the 43rd meeting in the classic story of East meets West. And even though East has the upper hand with 29 of the 42 games under its collective belt, West has proven to be quite the threat in recent years, said East’s athletic director John Burns.

“I expect it to be a very close game,” said West’s athletic director Louis Papa.

Prior to the game, students will indulge in spirit week activities, a pep rally and dinner for the cheerleaders and football players.

Washington Township is coming back with a vengeance. A friendly one, that is. For the second year, the Minutemen will take on Williamstown, trying to undo last year’s 47–28 loss.

This year, Washington Township Athletic Director Kevin Murphy said, the team is looking to give the team a run for its money. Both teams, as of last Friday, were 6–2 and 3–0 in the West Jersey Football League–American Division.

Prior to the neighborhood Thanksgiving Day affair, the Minutemen played Eastern Regional High School in Voorhees for about a decade. Prior to the cross-county matchup, the team took on Deptford.

But all that changed when the two schools both found themselves in the WJFL two years ago. The two teams also square off during the regular season and this year, the Thanksgiving Day game will also decide which team has what it takes to be named conference champs.

“This enabled us to look to our neighbor to generate a rivalry. We’re celebrating a great American tradition,” Murphy said. “It’s a great game and super competitive.”

Murphy said families, friends and alumni turn out to watch the game.

“It’s a great family atmosphere. We’re a close knit community and we have so much to be thankful for,” Murphy said.

The Chiefs are looking to perfect their 36–6–2 record, but not if the Indians have it their way.

“It’s a great tradition for the community. The alumni come back and get together. It gives everyone a chance to see old friends,” Walsh said.

Leading up to the big day, students at both schools participate in a myriad of spirited events.

Students at Shawnee will take part in Blue and White night, when the school divides into two teams to compete against each other. Last year, students participated in relay events and painted murals to be hung in the gym.

And there’s no lack of school spirit at Lenape, either. Lenape Pride Day will be held the day before Thanksgiving, a time to get students psyched up before the big game, Walsh said.

Another healthy clash between two Lenape district schools, Cherokee is 6–2 since the rivalry started in 2003 when Seneca opened, said Cherokee football coach PJ Mehigan. The Golden Eagles have pulled out just two wins so far, coming in 2006 and 2010.

“It’s a nice little rivalry. It doesn’t matter what the team’s record is that day,” Mehigan said. “It’s good football, good crowds and a good rivalry.”

Seneca students will be prepping for the big game with the Turkey Bowl Pep Rally on Nov. 22. 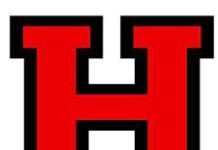