The Kiwanis Club of the Haddons is joining forces with Kiwanis members across the globe in an effort to eliminate maternal and neonatal tetanus (MNT), a painful disease that kills one baby every nine minutes, or 160 newborns each day.

The Eliminate Project: Kiwanis eliminating maternal and neonatal tetanus is a global campaign that will save and protect the lives of millions of mothers and their future babies. The disease is typically contracted through unhygienic childbirth practices. The goal of the project is to eliminate this swift, painful and highly preventable disease by vaccinating women of childbearing age, which will not only protect the mothers, but also their future babies.

“When I tell mothers about the ravages of neonatal tetanus, and how little it costs to protect a mother for life,” said Milton Smith, Club President, “you can see the emotion in their eyes. They want to help.”

As the world’s largest single donor, Kiwanis International is raising U.S. $110 million by 2015 for the project, which will ultimately protect at least 61 million women and their future babies who are at risk of this deadly disease. The Haddons Club expects to raise a minimum of $1,000 a year in support of the campaign.

The funding supports UNICEF and its partners who have already eliminated MNT in 20 countries. With Kiwanis’ global volunteer network, along with UNICEF’s field staff and technical expertise, The Eliminate Project will serve those who live in developing countries where healthcare is limited — and wipe out this cruel, centuries-old disease.

“For $1.80 we can protect a mother and her future babies from this deadly but preventable disease,” said Stan Soderstrom, Executive Director of Kiwanis International. “We can only do this with the support from our local clubs, and with their participation, we will eliminate MNT.”

The Eliminate Project will do more than protect women and babies from tetanus; it also will help create a path for other services, such as clean water, nutrition and other vaccines, to reach the world’s most vulnerable people who are not served because they are poor, remote and, in some cases, invisible to the world.

For more information about The Eliminate Project, please visit www.TheEliminateProject.org. 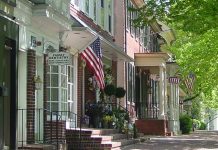