At a special meeting last month, the Borough Commission agreed that Clarke Caton & Hintz would be the next planning firm to develop a redevelopment plan for the Bancroft property.

The firm did not give a set price for the project, but Kasko said it gave a rate in the range of $95 to $150 per hour depending on the firm’s representative working on the project at the time. While there is no deadline for a redevelopment plan, Commissioner Ed Borden said the borough has a Green Acres grant for $500,000 that will expire in late 2011. It’s important to explore all options for the property, he said, and to utilize the grant if necessary before it expires. At the meeting, resident Joy Horowitz-Fram thanked the commissioners for understanding the concerns from Haddonfield citizens and for taking another look at the property.

“It’s a wise decision on your part to go back and get more public input from residents,” she said.

Last week, at the regularly scheduled commissioner meeting on Dec. 28, an ordinance was unanimously approved to allow for raffles to take place in the borough. Originally, voters approved of the measure in the Nov. general elections as a referendum question. It had to come to the commissioners for final approval. Games of chance will now be legal for non-profit organizations in Haddonfield to raise funding for programs, services, and charitable donations. Colombi thanked the voters of Haddonfield for approving the referendum. 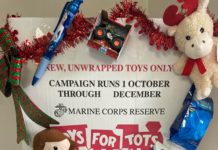