A recent fund-raising event brought in tens of thousands of dollars for the young son of recently deceased Lt. Jerry Bonsall.

About 1,000 people came out in late June to the Coastline in Cherry Hill to celebrate the life of the beloved Bonsall, 41, a longtime veteran of the police department who died of stomach cancer on April 24. Bonsall had been a 17-year veteran of the department.

Bonsall had recently been promoted to lieutenant this past February and sworn into the position in front of friends and family. He was promoted to fill a vacancy left from a retirement in the police department and was leading the criminal investigations unit at the time of his death.

The Voorhees Police Department teamed with the owner of the Coastline restaurant in Cherry Hill to sponsor the fund raiser for the “Matthew Bonsall Benefit Fund.” Matthew Bonsall is the son of Jerry and his wife Janice.

Captain Louis Bordi said a silent auction was held during the fund raiser, with more than 90 baskets being auctioned off to bidders. Prizes included Phillies tickets, gift baskets, gift certificates at various local restaurants, and other prizes.

Most importantly, the night helped to raise money for the Bonsalls and Matthew’s future college education.

“I know that his wife’s plan for the money is for Matthew’s college. Speaking to her, it’s already earmarked for the college. She was there the whole night at the fund raiser,” Bordi said. “I can say that the night was an extreme success. I just hope that we can continue to build a fund for Matthew. I can’t say enough about the amount of people that came out and the show of support. I saw people that Jerry and I went to high school with that I hadn’t seen in 20 years.”

It’s a testament to the man Jerry Bonsall was, Bordi said, to have such a great showing of support at the fund raiser.

Checks can still be made out for the fund raiser and should be payable to the “3443 Fund.” 3443 was the number of Bonsall’s police badge. 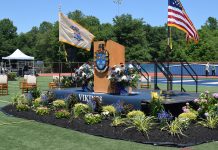 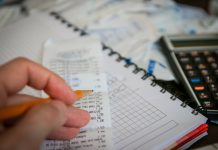