Plantains and paella are a little different than pizza and burgers, but for a group of talented young basketball players they tasted just as good as they marched to Old San Juan and the inaugural Puerto Rico Invitational Basketball Tournament.

A group of middle school students from Haddonfield, Voorhees and Cherry Hill returned to New Jersey last week after representing the mainland United States in the tournament.

The select team of seventh- and eighth-graders was hand-chosen by the head of the Athletic Department for the University of Puerto Rico, according to Head Coach Robert DePersia. The administrator saw Team Speed/Unleashed Energy play several times in the past few months, he said, and was very impressed.

The trip was about basketball, but it ultimately evolved into all of the young athletes sharing their different cultures.

“It was just incredible as for what these young kids saw, the things they did, their willingness to absorb so much of the culture,” DePersia said. “We met so many people, and it just seems that they are a very happy and friendly island. The kids just loved it.”

The inaugural basketball tournament featured teams from Puerto Rico, Jamaica, Bermuda and Trinidad. Adding to the historic quality of the tournament, ESPN2 filmed the five-day event for a documentary, DePersia said. According to the head coach, the documentarians will follow the athletes through the tournament and on through their playing days in high school, he said, and will compare the life paths of the American and international athletes.

Team Speed/Unleashed Energy hosted several “friendly” matches against several of the teams, DePersia said. They were chosen as one of the top teams in the tournament and played the center stage game at the end of the exhibition, playing against the Puerto Rican National 16-and-under team.

Despite playing a squad with many older players, DePersia said it was a highly competitive game that unfortunately saw the USA team lose 75–69.

Robby DePersia, 14, of Cherry Hill, said the game was played under FIBA rules, which lends itself to more of an up-and-down-the-court style of play. It was good, he said, because it let the team run more and keep up with the quicker, larger and stronger Puerto Rican team.

Also, FIBA rules, explained Matt Klinewski, 14, of Voorhees, required that all games be played under a 24-second shot clock. The game was much quicker and played at a faster tempo, he said, but the squad was able to keep up with the national team. But the game itself took a backseat, as both squads found more enjoyment in hanging out with each other after the contest and talking about their respective countries. Most of the American players were surprised, DePersia said, to find that the older Puerto Rican players were already in vocational school and learning a trade.

Klinewski said the Puerto Rican players were particularly interested in the NBA finals but were a little confused as to who was actually playing in the series. One of the players, he said, asked him if he thought the “Yankees or Boston” would win the NBA championship.

It capped off a tremendous trip that saw the team take a hike in the Puerto Rican rainforest and visit the historic Old San Juan district.

The rainforest trek was a definite highlight, Nicky said, as the team was able to swim in a small section of rapids and underneath a raging waterfall. 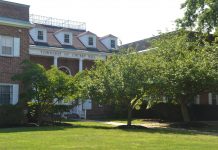 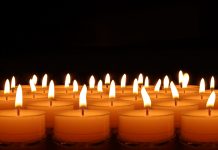