• Budget approved…finally: Nine months after being introduced, Township Council was finally able to adopt its $62.6 million budget last week. The budget was proposed in May 2008, but could not be finalized until the state released its extraordinary aid numbers. The township has been following the initial outline of the budget and started mailing quarterly tax bills in July, when the fiscal year began.

• Art Blooming in township (Mayor’s Message): Cherry Hill residents know that spring has not officially begun until our annual Arts Blooms festival kicks off — and, for 2009, that time is almost upon us. In fact, we have combined a weekend-long community fair with the Arts Blooms week of festivities, so this year will be bigger and better than ever. 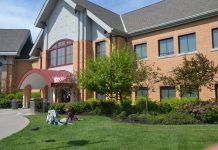